A 2-year-old boy is recovering after being mauled by a pit pull at a Brooklyn Center playground. The incident happened at around 11 a.m. on May 16 at Bellvue Park.

Kara Hurst says she and her two sons are staying close to home these days. Usually, the family would head to Bellvue Park to play. But that all changed a week ago after two men pulled up to the park with two dogs who were off-leash.

“The pit bull just came straight for my son who was in the swing and right away bit him in the back and wouldn’t let go,” said Hurst. 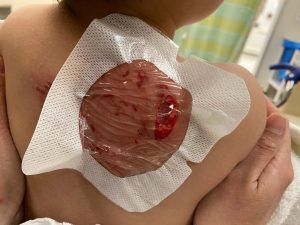 A 2-year-old boy suffers from dog attack at Bellvue Park in Brooklyn Center.

Hurst jumped into action, trying to pry the pit pull off her son, Abel. She said her heart was racing.

“Your instincts kick in and I reached around and grabbed the top of his jaw to kind of grab him here to get him to release,” said Hurst.

The dog gouged large chunks of skin out of the toddler’s back.

“I was screaming and crying and it was really horrific,” said Hurst.

As Hearst tried to get the dog to stop biting Abel, the dog turned around and bit her, too. She now has bite marks on her back.

After a few grueling minutes, the dog owner finally got the pit bull off Kara.

“The owner got the dog off but couldn’t get control of it and was kind of chasing it around the park,” explained Hurst.

Once the dog owner was able to reign in the pit bull, he put the dog in the car and quickly left the scene without checking to see if Hurst or her young son were okay. The toddler was treated for multiple injuries.

“He had about ten stitches done, and he has quite a bit of scarring,” said Hurst.

Both the mother and son are being treated for potential rabies exposure because the dog hasn’t been found and they don’t know its history.

“They need to leash their dogs and be responsible for their actions. and not take an unleashed, untrained puppy to a playground,” said Hurst. “It’s hard knowing that dog is still out there.”

The family says the pit bull is light gray with a white chest and petite to medium build. The owner was driving a bright red Jeep, but the family was unsure of the model. If you have any information, call Brooklyn Center police. 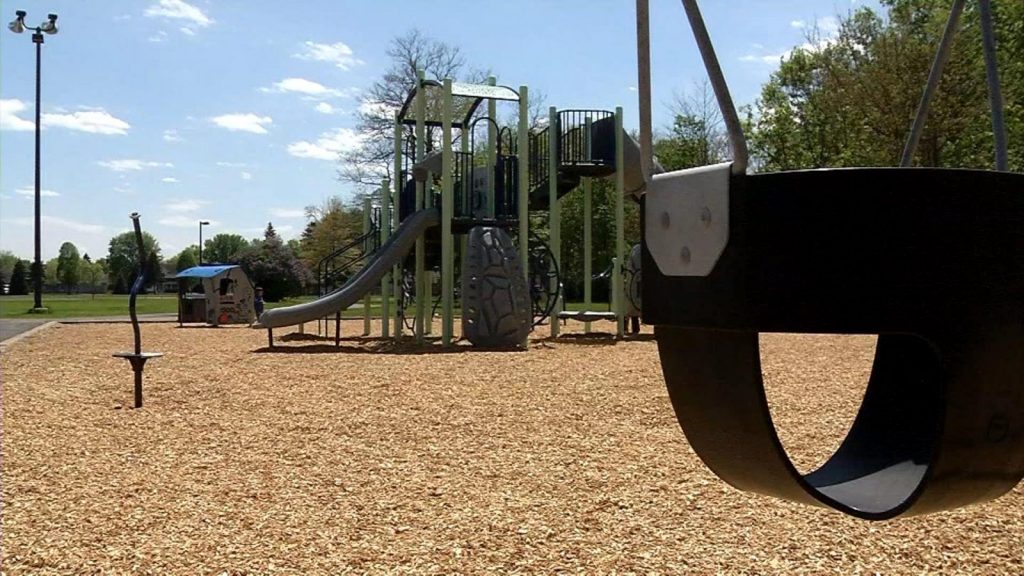