When Brooklyn Center City Manager Reggie Edwards addressed the city council this week about erecting a permanent fence at the police station, he explained the historical context of what a fence could symbolize to community members.

The result is a fence that Edwards says “sends a message of togetherness and understanding.”

The city is moving forward on putting up a permanent fence that curves into the front yard of the police station. A gate would be added to the lot where police and staff vehicles are parked. Edwards said the existing fence put up after the unrest due to the death of Daunte Wright would come down in mid-October. Construction on a permanent fence would begin by the end of the month.

A fence installed in 2000 along the back of the police station will remain. Fences added on the side of the property three years later will also stay up. In 2015, staff requested a permanent fence in front of the police station, but it wasn’t until the protests and unrest following Wright’s death that a temporary fence was erected. 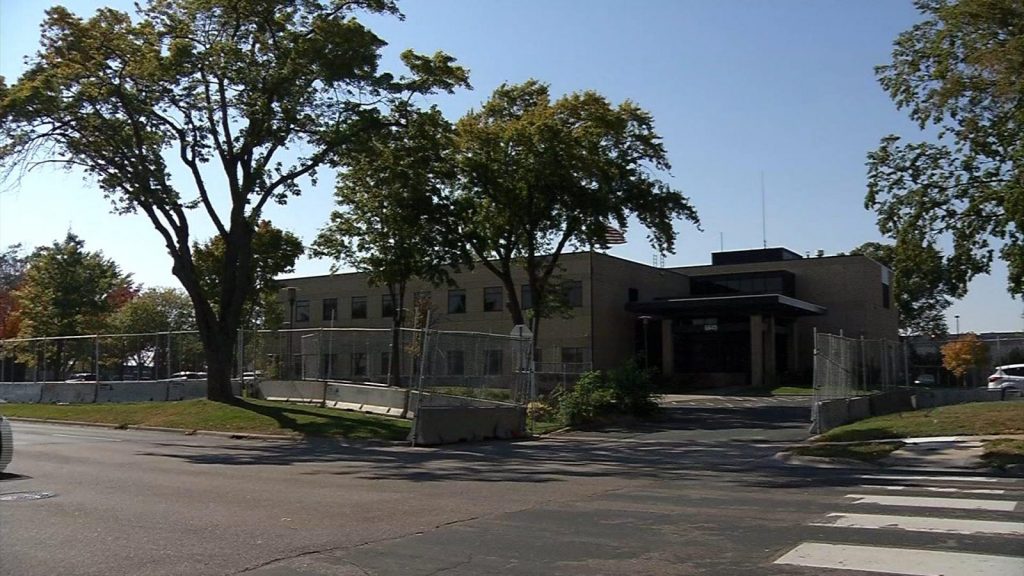 Following the presentation by Edwards, Brooklyn Center City Council member Kris Lawrence-Anderson said the main feedback she received regarding the temporary fence is that it’s ugly.

“I believe this body has a duty to protect our property,” said Lawrence-Anderson, adding that the city has fencing around the public works building and water treatment plant. “I believe this approach allows the building to be accessed by anyone who chooses to.”

Council member April Graves pointed out there’s no way to make every resident happy, but staff did create a fence that would encourage balance.

Mayor Mike Elliott was the only council member who spoke against the fence, citing a need for more public engagement and concern that the fence is not sending the right message.

“I think this is going to create permanent distrust in the community by building this,” said Elliott, saying the unrest and protests that happened after Wright don’t happen frequently enough to warrant a fence. “Those are events that happen once in a hundred years. I think it’s a mistake to build a wall around a police station in response to an event that doesn’t happen everyday.”

Council member Dan Ryan spoke pragmatically about the fence, pointing to the $110,000 cost of the temporary fence and the fact that grant money has already been received by the city for a permanent fence.

“We have the grant money to build it. Let’s build it,” said Ryan.