The high-profile trial of Kim Potter started on Tuesday with jury selection. The former Brooklyn Center police officer is charged with first and second-degree manslaughter. Potter, who is white, shot and killed 20-year-old Daunte Wright, who was Black, during a traffic stop on April 11. Potter said she never intended to kill Wright.

The fatal shooting sparked protests and rioting last spring outside the Brooklyn Center police station. As a result, Brooklyn Center city officials are implementing several strategies to keep everyone safe in anticipation of protests. They say they will use social media to keep residents and businesses informed. They’re also designating specific areas for peaceful demonstrations.

However, city leaders aren’t the only ones calling for calm. Several organizations hope to spread peace. 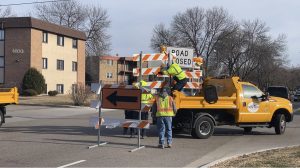 Community leaders and residents marked the first day of the Kim Potter trial by gathering at the Brooklyn Center Community Center early Tuesday morning for a prayer breakfast.

Pastor Brian Herron from Zion Baptist Church says he supports the family and hopes for a positive outcome.

“Our hearts go out to them, and we just want to see justice served, whatever that is,” said Herron.

Brooklyn center officials say the goal is to support the community.

“How do we hear those voices of pain and trauma and not few that as a protest, but the healing of the people,” said Reggie Edwards, Brooklyn Center’s city manager. 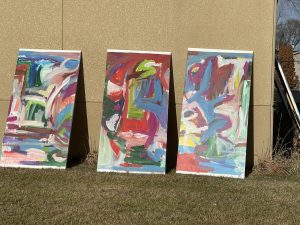 Meanwhile, the nonprofit 2ndChance Project is using art and entertainment to uplift the community. The organization strung up lights along the police fence and installed artwork for an event called “Lights On.”