Senior Jailia Yang is a leader at Park Center Senior High. Yang is heavily involved in extracurricular activities and she maintains a 4.0 GPA. Yang says she’s been accepted into Stanford University and hopes her acceptance shows other Hmong students that they can also be accepted into top tier schools.

The drive to success can be motivated by just about anything including money, recognition or the desire to make a difference in the world.

But Park Center High School senior Jailia Yang’s inspiration for success stems from a war that ended long before she was even born. It’s the Vietnam War, where thousands of Hmong soldiers fought secretly under the CIA in Laos. To many, the war is known as the Secret War. The war caused separation in families and division among the Hmong community and its communist neighbors.

Jailia keeps the story of the Secret War etched in her heart because it’s a reminder of the sacrifices her parents made to come to the United States. She says it’s also the driving force behind her great achievements. 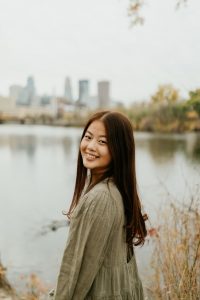 The high school senior has always had a knack for leadership. Jailia was involved in the Model UN team, student government, the National Honor Society, music and sports. She also loves to interact with the community and has volunteered with St. Paul political campaigns. Despite all the extracurricular activities and community engagements, Jailia still maintains a 4.0 GPA.

“Jailia is an inquirer, she seeks out knowledge and learns independently, ” said Klug. “She is open minded, knowing that there are multiple viewpoints, opinions, cultures, and people in the world. She is a risk-taker, attempting new things when others are afraid or unwilling to do so.”

Klug adds that Jailia is a balanced student and has shown she can adapt to virtual learning with ease and grace.

“She is reflective, learning from the past and looking to the future,” said Klug. “There is no obstacle that Jailia cannot conquer.”

While teachers say Jailia embodies the International Baccalaureate Learner Profile, Jailia admits she didn’t feel confident about getting into her top colleges. Jailia applied to universities through the QuestBridge National College Match.

QuestBridge serves low-income high school seniors who excel academically. According to the website, if you become a finalist, the organization gives the student a full four-year scholarship worth over $200,000. From a field of more than 18,500 applicants, QuestBridge’s college partners matched with a record number of 1,464 finalists including Jailia.

“I secretly put Stanford University as my number one school. I didn’t tell anyone, not even my family or coach,”said Jailia.

Jailia’s college essays include a variety of topics including the Secret War.

The high schooler convinced herself that Stanford was too far of a reach and that she probably wouldn’t get matched to it. But she still held out hope.

An Example to Others

The tension and nerves eventually turned into shock and excitement when Jailia found out in an email that she had been matched to Stanford University.

“A big aspect of me applying to Stanford and to top tier schools was to show other Hmong students from my community that they can do it,” said Jailia. “I want to put myself out there as a person they can turn to and be mentored by.”

Jailia believes that Hmong people are still underrepresented and so she wants to help pave the way for the community.

Jailia will begin school in the fall, which means she’ll be moving about 2,000 miles away from home. Coming from a diverse background, the senior said she’s nervous because there’s not many Hmong students that attend Stanford.

“I’m really nervous about it because at Park Center, I grew up with so many Hmong people and a diverse community. At least it’s reassuring there will be 10 other Hmong students at Stanford though,” said Jailia. “I reached out to all the Hmong people there and they seemed really close knit and the admissions person is also Hmong.” 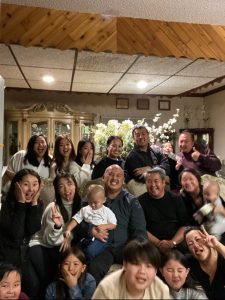 “I keep going back and forth,” Jailia said. “I think my backup is biomedical engineering.”