A new tardy policy at Park Center High School aims to get students to class on-time.

The tardy practice requires students to report to the support office and call their parents to tell them they are late. The new tardy policy has been in place for over a week, but the school said it’s already made a difference. 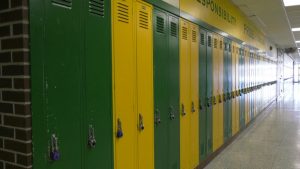 “It’s been wonderful. Students have been going to class with more frequency. There’s a little more urgency to being on class on time. Hearing the conversations of students saying ‘hey let’s get going, let’s get going’ has been great,” said Park Center assistant principal Erik Thompson.

School officials got the idea from other districts that have had success.  Thompson said having students call their parents promotes family engagement.

“There’s a lot of reasons why families don’t necessarily know what’s going on with their students in terms of attendance. Whether it’s the responsibility of their jobs, lack of technology, whatever it may be, we want to make sure that we are communicating with families in real-time about what’s going on so they aren’t left in the dark of whats gong on,” said Thompson.

Some families on social media were concerned that the new tardy policy would make students more late to class. However, Thompson said that’s not true.

He said students are actually less late and the school would never do something to detriment academics.

Thomson said a big reason for student tardiness is due to students socializing in the hallways.

He added that at the most, the school sees 15 late students an hour. But that’s out of 2,100 students.