Abby Jimenez is a wife, a mother, a motivational speaker and the owner of Nadia Cakes, a cupcake bakery in Maple Grove.

Now she can add, “author of two best-selling books” to her already impressive résumé.

One year after the release of her debut novel, “The Friend Zone,” the highly-anticipated sequel, “The Happy Ever After Playlist,” hit store shelves at a time when people are looking for a distraction from the COVID-19 pandemic.

“Romance as a whole is a great escape-ism read, because the romance genre promises you one thing at the end of the book: and that’s a happy ever after, or a happy for now,” Jimenez said. “So you know that no matter what the author put you through in those pages, at the end, everything is going to be okay.”

One week after its release, “The Happy Ever Playlist” debuted at No. 55 on the USA TODAY Best-Selling Book List. 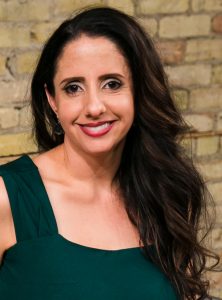 She says “The Happy Ever After Playlist” is likely doing better than her first book because the subject matter is more relatable to people.

That buzz exists despite the fact that the book-promotion tour didn’t quite go as planned.

Making Adjustments Due to COVID-19

This spring was supposed to be filled with public appearances, book-signing events, and a speaking engagement in California to promote the book’s release. But when the novel coronavirus hit, it forced Jimenez and her publisher to tweak those plans.

“It’s kind of weird,” said Jimenez. “I mean, [the publisher] had all my tickets bought, they had my hotel rooms booked. I was going to, I think it was a 10-state book tour.”

Instead, the book tour turned into a series of virtual events on Facebook and Instagram. For her virtual launch party, Jimenez sold 700 tickets. By comparison, her original, in-person, book launch event that was supposed to take place at Magers & Quinn in Minneapolis only sold 300 tickets.

“I think these platforms are actually getting more attendance, I guess you could say, than they would have had we not been in a pandemic because people are bored and they have nothing to do,” Jimenez said. “It’s not like people are going to events or concerts or anything, so they really are watching these videos.”

While that may be true, Jimenez admits that she’d still like to be able to meet her readers in person.

Jimenez says there’s been “serious interest” about possibly turning her books into a movie or television series, particularly in the case of “The Happy Ever After Playlist.” But before she signs off on such a thing, she wants to make sure it’s done right. 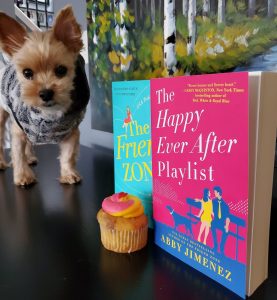 “I’m not really wowed by monetary offers,” she said. “I’d rather it not be made at all if it’s not going to be made right. So I’ve been pretty selective.”

Case in point, she said she spoke with a director recently about adapting her book to the screen, but she turned the offer down. Ultimately, she wants to be involved in how the product is made, and she wants to make sure it’s on the appropriate platform.

“Maybe this becomes a Netflix movie. Maybe this becomes a Hulu series. You know, there’s a lot of different ways for this to be made,” Jimenez said. “And I want to make sure, however it’s made, the creative direction is consistent with my vision, cause I hate it when I watch a movie or a show inspired by a book and they just murder it.”

While Jimenez is a promising emerging author, she’s still heavily involved in the business she worked so hard to build. Since the start of the COVID-19 pandemic, Jimenez said she’s had to spend more time than normal at her Nadia Cakes locations in Maple Grove and Woodbury.

“The shops had a really hard time adjusting to the new curbside way of business,” she said. “So I had to be in the shops, leading right up to my book launch.” 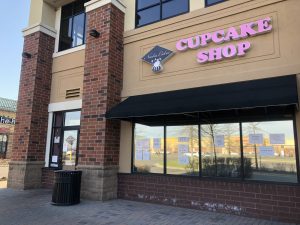 Nadia Cakes cupcake shop is still open during the COVID-19 outbreak, albeit with reduced hours.

During the outbreak, she’s had to reduce business hours at her two Minnesota locations, and she had to temporarily suspend operations at her California shop altogether because two of the three managers are immunocompromised. And like many small businesses trying to weather the storm, sales are down. Jimenez says she’s taking it day-by-day.

“As of right now, we’re doing okay,” she said. “Our customers have been fabulous and extremely supportive. And the shipping has really helped. We do ship nationwide, and all of those sales come out of our Woodbury location. I think if it wasn’t for the nationwide shipping, that store would really be struggling.”

When Jimenez chose Hachette Book Group to be her publisher, she signed a three book deal. That third book, “Life’s Too Short,” will come out in April of 2021. It’s technically a standalone novel, but it exists in the same universe as “The Friend Zone” and “The Happy Ever After Playlist.” Jimenez wants fans of her first two novels to know that the couples featured in those books will make cameo appearances in “Life’s Too Short.”

The “Happy Ever After Playlist” is available for purchase through a number of different booksellers.