“I have no regrets. I don’t think I would do anything different. It was an awesome experience,” said Murphy.

Mayor Murphy was born and raised in Robbinsdale and said public safety was always his number one priority. Murphy said he’s most proud of changing the perception of the city. He said Robbinsdale has small town charm, with big city attractions. But it didn’t always have the cool vibe it does now.

Birdtown was named “Best Suburb” by City Pages this year. They touted the close commute to Minneapolis, the variety of restaurants, affordable homes and low property taxes. Murphy said the recognition is a good way to end his tenure.

The top elected official said the one downside to ending his term in 2020 is not being able to connect with the public one last time because of the COVID-19 restrictions.

“I had no idea it was going to be my last Whiz Bang Days, my last Meet and Greet. In 2020, everything was pretty much canceled,” Murphy said.

The mayor looks forward to spending time with his wife and three children. He also wants to get back to woodworking and is considering taking up playing the guitar. 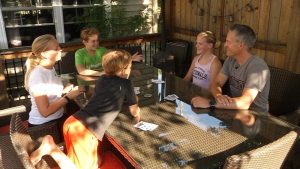