Osseo’s Lynde’s Restaurant Reopens, ‘We’re Hoping the Worst is Behind Us’

Lynde’s Restaurant in Osseo reopened this week after it temporarily closed for more than a month. The owner of the Osseo business says the global pandemic and restrictions that followed led to a 90 percent drop in sales.

“Being down 90 percent in sales, that really made a big hit to our restaurant,” said Mark Lynde, owner of the restaurant. “It’s a hard one. We really had to dip into savings.”

Lynde’s Restaurant closed the first part of December when restaurants were only allowed to offer takeout due to an executive order issued by Minnesota Governor Tim Walz. As of Jan. 11, restaurants could resume indoor dining at 50% capacity.

Known for its breakfast menu, Lynde said its breakfast items weren’t a good fit for takeout, so he decided to temporarily close the restaurant. The catering side of the business stayed open, but it wasn’t enough to make up for a decline in sales.

Now, Lynde says he’s glad to have the restaurant back open, even if it’s at 50 percent capacity. He says the restaurant has COVID-19 safety measures in place, booths have dividers and there are seating restrictions.

“We’re hoping the worst is behind us, and this COVID can be a thing of the past and move forward and get back to what we call normal,” said Lynde. 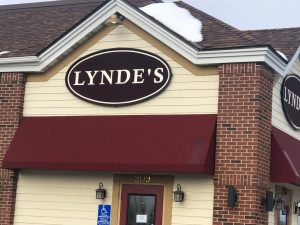 Lynde’s restaurant in Osseo reopens after being temporarily closed.