Voters elected Tamara Grady, Jackie Mosqueda-Jones and Heather Douglass to serve on the Osseo School Board.

Tamara Grady is from Maple Grove and served as Chair of the Diversity & Inclusion Task Force at Maple Grove Middle School. She received 19,169 votes.

Jackie Mosqueda-Jones is also from Maple Grove. She has background in education that includes 12 years of teaching in the district. She received 18,016 votes. 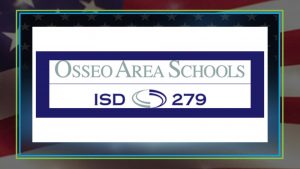 To see a breakdown of the numbers from the Osseo School Board, District 279 race, click here.

Voters chose Thomas Brooks in a special election for a seat on the Osseo School Board. He received 18,112 votes. Brooks will serve a two-year term. Jessica Craig vacated the seat only two years into her four-year term.

Thomas Brooks is from Brooklyn Park, served on various commissions, and has a background in finance.

To review a breakdown of election results for Osseo School District 279, click here.