The city Osseo continues to work toward rehabbing its deteriorating streetscape.

Monday night the city council looked at options for replacing the streetscape in front of City Hall. The current look is marred because materials are breaking down earlier than expected.

The Osseo City Council ended up leaning toward a more colorful option that would contrast the sidewalk against the street. But only if it will last.

“I don’t want to do this again in 5 to 10 years,” said Osseo City Administrator Riley Grams.

“Yeah, exactly” replied Mayor Duane Poppe. “If it lasts half as long, then it makes no sense.” 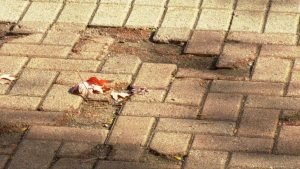 Engineering consultants say longevity wouldn’t be a factor with concrete, no matter the color.

City staff will take council input and use it to make a final streetscape proposal which they’ll bring to the council later this year.