One year after George Floyd died under the knee of a Minneapolis police officer, there’s renewed calls for systemic police reform. Some measures are deadlocked at the state Capitol, while some police departments have already made changes.

The Robbinsdale Police Department, for instance, has change how its officers train to handle traffic stops and make arrests.

“Our department has changed quite a bit in the last year,” said Capt. John Kaczmarek, who oversees training for the Robbinsdale Police Department.

Kaczmarek says that the department has increased its training hours and added three additional courses the past year. Those include crisis intervention, conflict management, and implicit bias and cultural diversity.

De-escalation techniques are a crucial component of the Robbinsdale program. Kaczmarek says the focus is on verbal skills as opposed to using physical force.

“Empathizing with an individual, using active listening skills, getting down to their level,” he said. 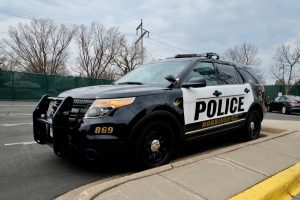 Dealing with a mental health crisis is also a part of the curriculum. In January, Robbinsdale began sharing a social worker with the cities of Crystal and New Hope to handle mental health situations. That person follows up with the person in crisis or their family members.

Police officials say the goal is to have a more productive and transparent police department and overall safe city.

“We try to get better at what we do, try move forward with better progress. That’s the best that we can do each day,” said Kaczmarek.