The brewer partnered with Chicago nonprofit Hope for the Day on a project that unites 150 breweries in five different countries to encourage people to talk about mental health.

There are several phone numbers on the back of the can to find help. Some of the proceeds from every pint sold go to suicide prevention and mental health education. 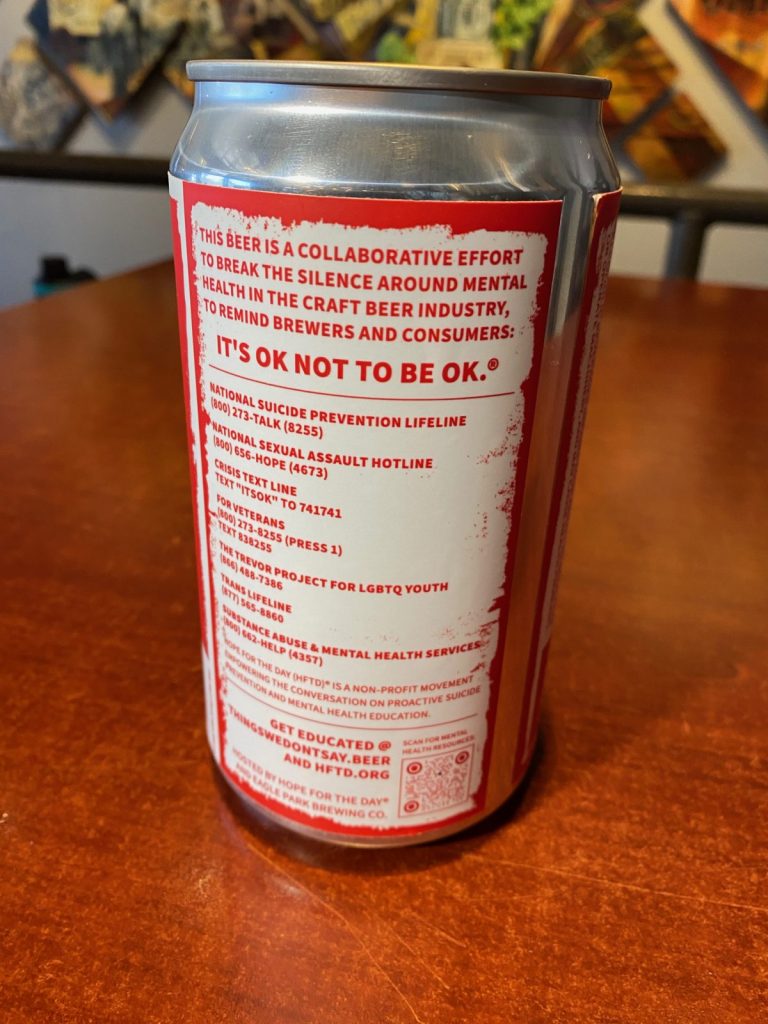