The Minnesota Nurses Association and Allina hospital officials have been in contract negotiations since May. But now, the two are at an impasse. Major sticking points include benefits and wage increases. 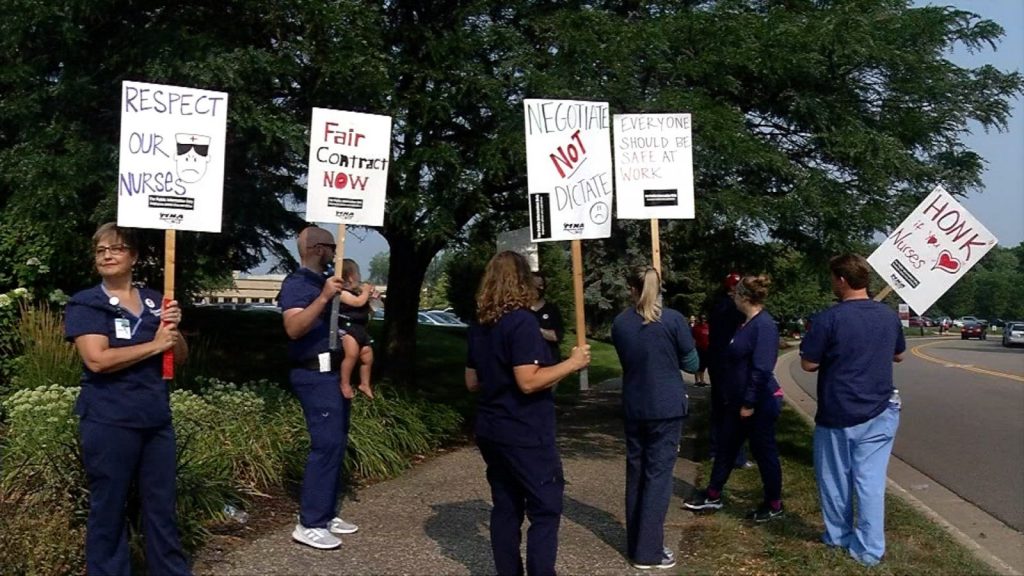 Both sides have met five times to discuss matters. But nurses say they are still worlds apart on several issues.

“We are not asking the moon. We are asking a very small amount which is to have the 2.25 percent wages of the first year that was agreed upon three years ago in the contract and then parody with Abbott for the following two years. In addition to that, we’re asking for holiday pay,” explained Sonya Worner, a WestHealth nurse.

WestHealth nurses say they don’t get paid summer holidays and Thanksgiving unless they take paid time off.

“We have offered a market-competitive package that includes an immediate 2.25 percent wage increase and other adjustments around workplace safety. We continue to be committed to a settlement that is fair to our employees and also fair to our patients and our communities.”

The WestHealth nurses are the newest to be unionized in the Allina Health system. So far, there are no scheduled meetings for further contract negotiations.