The WestHealth emergency room and urgent care facility in Plymouth is temporarily closed as Allina Health nurses went on strike.

Nurses walked off the job Sunday morning. On Monday, dozens of nurses continued to walk the picket line.

Both Allina Health and the Minnesota Nurses Association have been in contract negotiations for about seven months, but the two sides can’t seem to agree when it comes to holiday pay.

The health care workers are paid time-and-a-half wages for Christmas and Thanksgiving. But they want the same compensation for holidays during the summer months.

“Allina is not willing to pay. We’re the only emergency room department nurses who aren’t getting holiday pay for the summer months,” said nurse Stacey Jacobson. 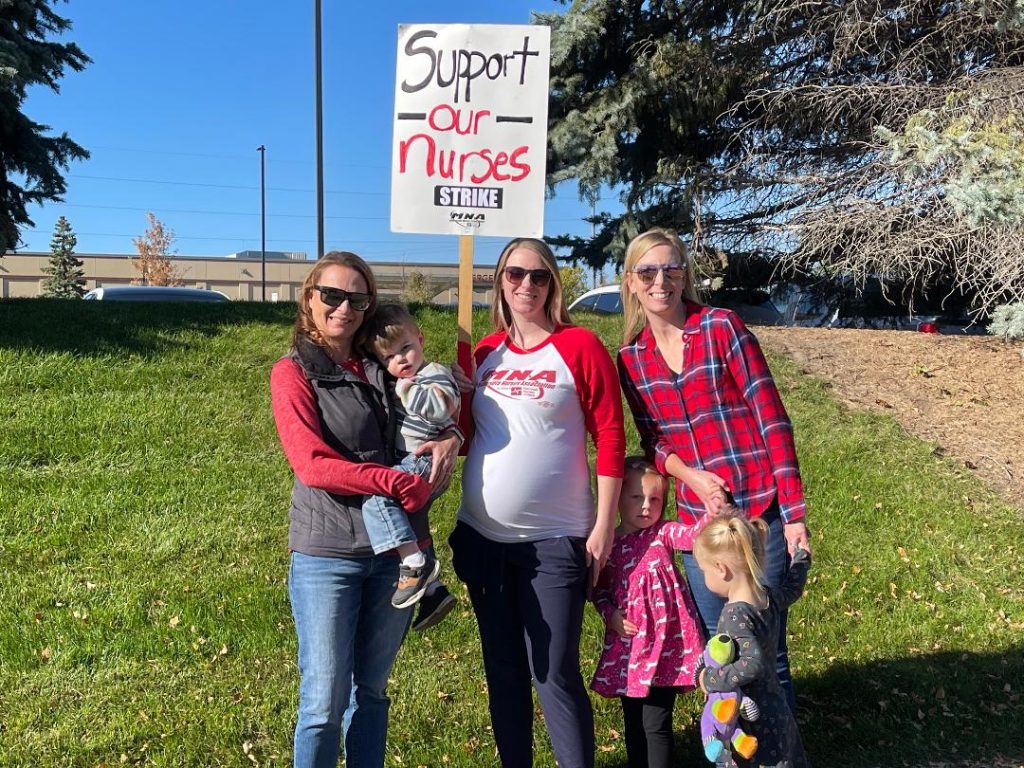 WestHealth nurses strike over summer holiday pay. Allina officials say there was a tentative agreement on the table a few weeks ago.

Allina officials say a contract settlement was previously reached and unanimously recommended by the union’s bargaining team. However, they say the nurses union could not finalize that agreement.

“They had a deal that they wanted us to prevent to the nurses, which included no holiday pay. The team brought that up to the nurse’s group, who decided against that,” explained Jacobson.

Allina officials tell CCX News say they are “disappointed” nurses would do a work stoppage during COVID-19 when they are struggling with staff shortages.

The WestHealth nurses are expected to be back on the job at 7 a.m. Wednesday.