A new phase of the West Broadway bridge project that connects Robbinsdale to Minneapolis began this week.

Construction crews on Monday started removing and replacing the on-ramp bridge on Lowry Avenue. During the removal process, the intersection below the bridges will be closed for up to five days.

Crews will also work to reconstruct the northern half of the intersection connecting Victory Memorial and Theodore Wirth Parkways.

Meanwhile, Hennepin County will also spend the next few months building the remaining sections of the northbound bridge.

Detours will be in place through the fall. 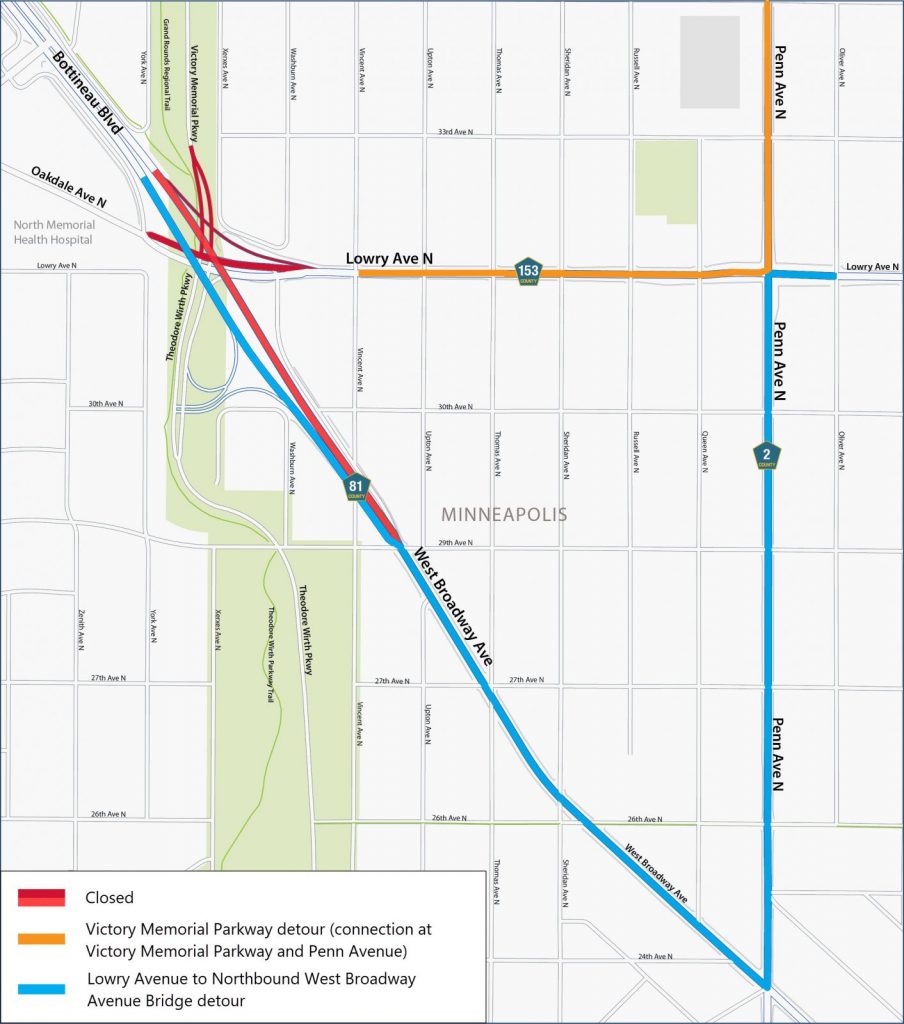