The Maple Grove City Council gave Shake Shack the green light to begin building a standalone restaurant with a drive-through. The franchise could begin building as soon as May with a plan to be open by the end of the year.

The Maple Grove Planning Commission was concerned about the plans to add a drive-through. There were concerns over traffic as well as the number of parking spaces it could take away from neighboring restaurants Red Lobster and Potbelly. The concerns were similar when Portillo’s was proposed a few years ago. Last week, the planning commission recommended approval in a split vote.

The city council first approved the project back in February 2020. The plans called for a 3,200-square-foot restaurant on the 2.5-acre lot. But the pandemic prompted the addition of a two-lane drive through.

A letter from the general manager at The Shoppes at Arbor Lakes said Shake Shack felt it was imperative to redesign the building to incorporate a drive-through into its operations to better serve customers in the midst of COVID-19.

You can read the letter that was included in the council packet here. 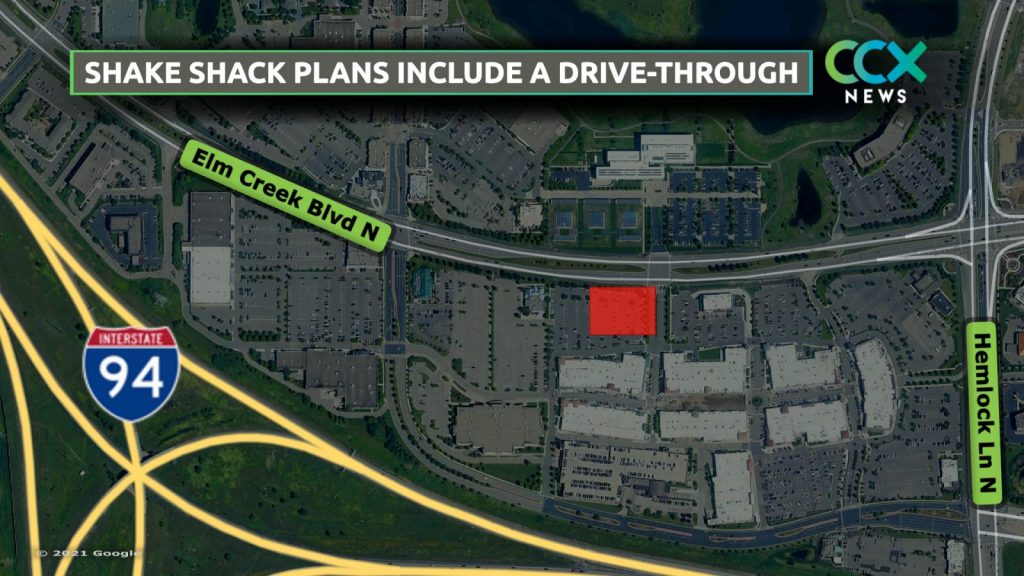 There are two other Shake Shacks in Minnesota. One in Edina and one at the Mall of America.