The department currently uses dash cameras in its vehicles, but New Hope decided to acquire body cameras this year because the technology improved and costs involving equipment and data storage have come down.

The state now having laws in place about data privacy also factored into the decision. 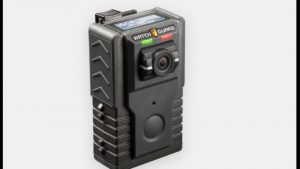 An example of a body camera that will be worn by New Hope police later this year.

“There’s no recording device, camera, that’s going see and clarify everything, but this is an improvement above the digital dash cameras,” said New Hope Police Captain Scott Slawson. “This is actually on the officer, so this will be another piece of information to help see the whole picture.”

The department will purchase 34 cameras, one for each officer, at a cost of roughly $150,000. The officers will begin wearing the cameras later this year.