The city of New Hope swore in two police officers this week who cleared their probationary period.  They are Rajanee Michael, who comes from the Hennepin County Sheriff’s Office, and Corey Cracknell, who comes from Robbinsdale. Another hire, Joshua Arthur, will take the oath at a later date.

With two additional officers set to begin work at the end of March, Chief Tim Hoyt says that will put the New Hope Police Department at 33 officers out of the 34 outlined in the city budget. The department anticipates two additional officer positions being filled by the end of the year because of retirements. A hiring and promotional process for a sergeants position will be starting soon.

Chief Hoyt says he plans to be at full staff by Sept. 1.

“I have an incredible group of hard working officers and staff for the city of New Hope, and in the past 16 months have seen nearly 10 new faces working at the police department,” said Hoyt. 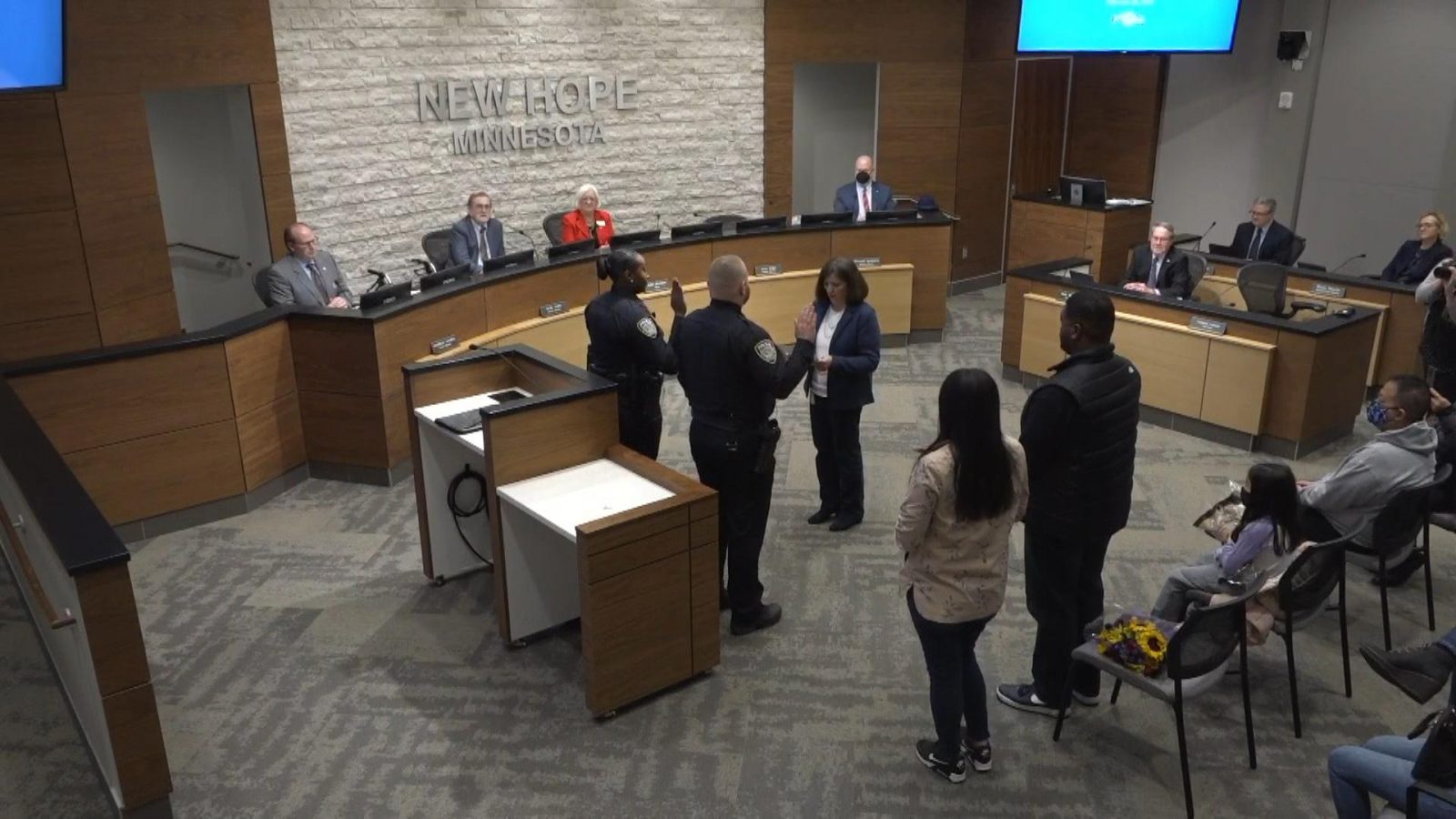