The city of New Hope is moving forward on plans to revamp the public works facility. The first phase would include improvements like a new parking lot, installing air conditioning and beefing up security.

The city decided to move forward on a phased approach, and now the city engineer will begin preparing plans for phase one, which would cost $1.6 million. The city has been setting aside money for improvements. 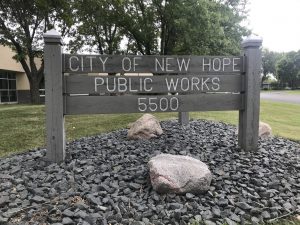