City leaders in New Hope are considering a change to its leadership structure that would put the same person in charge of both the city and the police department.

Last spring, after the retirement of City Manager Kirk McDonald, the New Hope City Council voted to appoint Police Chief Tim Hoyt as the acting city manager on a six-month trial period and have him serve dual roles.

That term was set to end on Dec. 1

But on Nov. 28, the city council voted to extend that term to Feb. 1. Now, council members are exploring the possibility of keeping him in that dual role on a permanent basis. 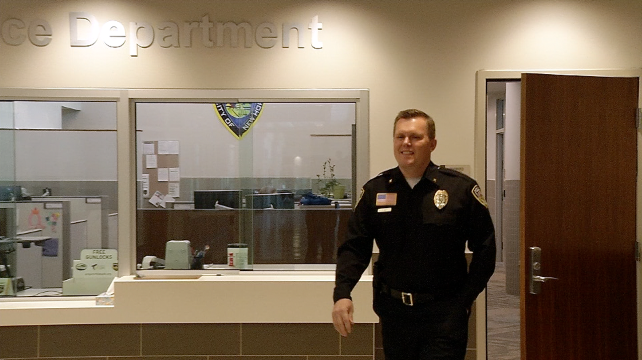 Tim Hoyt has served in the dual role as police chief and acting city manager since June 2.

“We have a very talented, very competent person taking this role,” added Mayor Kathi Hemken. “And I totally support him doing that.”

However, not everyone on the council favored the dual role structure.

“I just believe that some will be scratching their head saying, however many years, decades or whatever, what the hell’s been going on here in New Hope?” said Council Member Jonathan London. “We’ve been way overstaffed if we believe that this is the case now.”

This move would come with an annual savings of $150,000 in salary. According to the League of Minnesota Cities, none of Minnesota’s 800-plus cities have someone occupying both roles.