The city of New Hope announced the retirement of their city manager will be on June 1.

Kirk McDonald has been the manager of New Hope for 15 years and has worked for the city for 32 years. 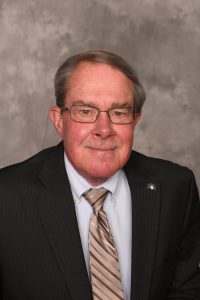 McDonald said in a letter to staff that he’s proud of the great projects and programs that have been completed over the years. The letter went on to read,” most of all, I have developed a deep appreciation for the dedicated employees I work with every day who do their best to make this city operate in an efficient and friendly manner. New Hope is very fortunate to have such a great workforce.”

The city has changed quite a bit during the time that McDonald has been at the helm, particularly the look of the area around city hall. The old Kmart store was demolished to create the state’s first Hy-Vee. The city has a new city hall and police station and last summer it opened a new aquatic park.

The New Hope City Council will be discussing a transition plan at an upcoming meeting.