How many chickens are too many? That’s a question the New Hope City Council had to address at its June 14 meeting.

Keri and Clayton Miller built a 12-by-16-foot coop at their home after moving from north Minneapolis. They also obtained a dozen baby chickens. They believed it would be okay to do so before getting a permit, apparently told it would be alright by the city’s animal control officer.

New Hope allows a maximum of three chickens under its ordinance. The city council didn’t see it the way of the homeowners. Council members ultimately voted down the Millers’ request by a 4-1 vote.

“The belief that people will come in and just do a petition and it’s just going to sail through, why are we here?” New Hope City Council member John Elder asked rhetorically. “We’re talking four times the amount the ordinance allows,” he added.

“I don’t think we should start to set the precedent that, ‘well, you built a nice coop,’ and suddenly you can have a dozen, 20 or two dozen,” said New Hope City Council member Jonathan London.

New Hope City Council member Michael Isenberg voted in the couple’s favor based on what the Millers said they were told by the animal control officer. 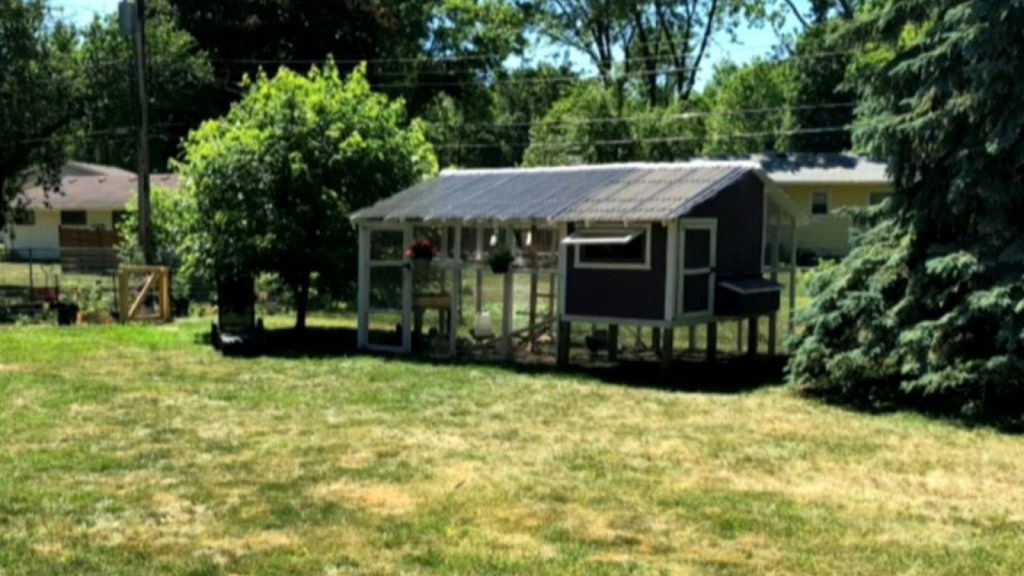 City staff acknowledged they heard feedback for and against the permit request. According to Jeff Sargent, New Hope’s director of community development, there are two properties in the city that were previously allowed to have above the maximum limit. However, both of those properties received approval to keep six chickens.

The city also revoked a permit in 2017 that allowed a maximum of 20 chickens at a property. That permit was originally approved in 2009, before New Hope’s current ordinance limit went into effect.

“The homeowner was falling into ill health and was unable to maintain the property and chicken enclosure,” Sargent told council members.

Sargent said potential issues raised by the new request included odor and insects attracted to chicken feces. Another concern raised by Hemken was how close the coop was to the neighbor’s property directly to the south. The coop is 5 feet from the rear property line. The Millers told the council the neighbor was okay with where it is.

“Right now our ordinance does not require any kind of setback or minimum setback requirements,” said Sargent. “It’s something we’ll be looking at into the future.”

New Hope’s animal control officer, Tom Mahan, says coops are inspected once a year. Mahan also oversees animal complaints in Crystal, which allows up to four chickens, with no exceptions so far. Permits are usually renewed at the end of the year unless there are issues.

The Millers will still be allowed to keep three of their chickens, per the city’s ordinance.