After more than a year of construction, a new era is set to begin for the Crystal Police Department.

“Well this has been years coming, and we’re really appreciative to a city that supports us and a city council and city staff that helped make this happen,” said Deputy Chief Brian Hubbard of the Crystal Police Department.

Crystal’s new $16 million police station is nearly complete. It will have more space and amenities than the old building that was torn down. 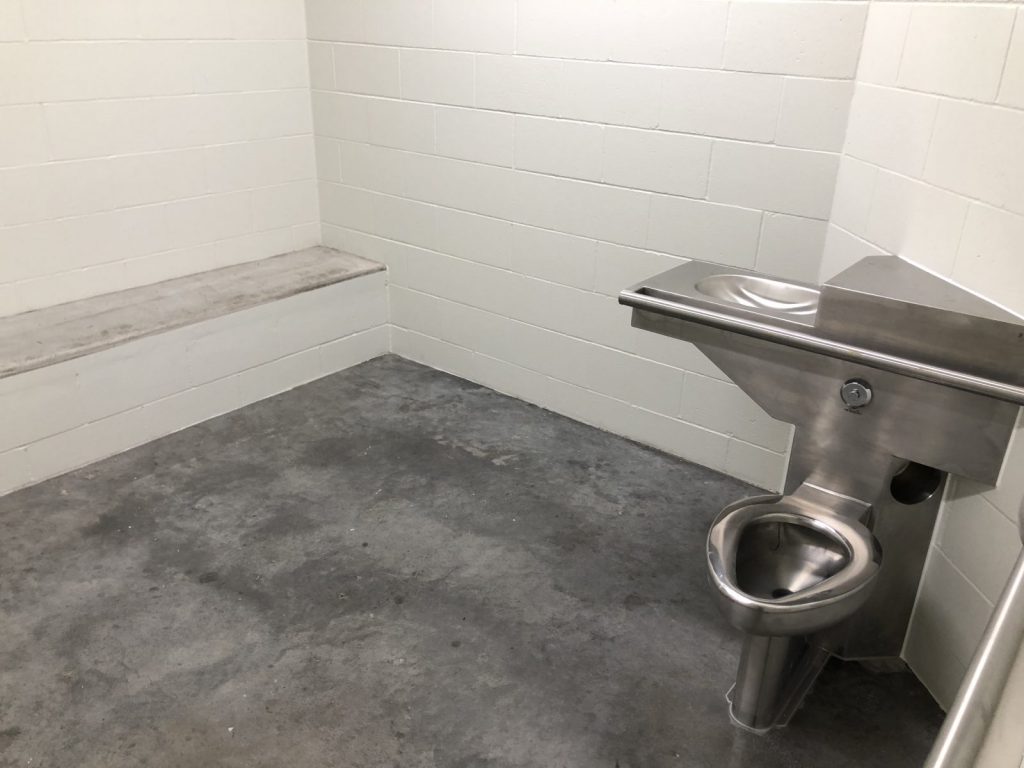 The inside of one of the cells at the new Crystal police station.

Some of the biggest improvements include a larger area to store evidence, an upgraded jail, and an underground parking garage so police vehicles no longer have to be stored outside.

Local residents can get a firsthand look during an open house on Saturday, Sept. 24 from 10 a.m. to 2 p.m.

“Because we have not actually moved in yet, this really will be the community’s only opportunity to get into all corners of the facility and to see everything about it,” Hubbard said.

Crystal police will officially move into the new building Oct 3.