Doran Cos. is proposing to build 198 units of senior housing as part of continued development of the Arbor Lakes area. The Maple Grove Planning Commission reviewed the project Monday night.

The developer had previously proposed office space for the area, but instead switched to a five-story senior housing project. The precise location is in the northwest quadrant known as The Village at Arbor Lakes.

“We thought adding a five-story building would actually add interest to this corner,” said Tony Kuechle, president of development for Doran Cos. “We see this as kind of an iconic building potentially entering this development.”

A five-story building would be taller than anything else in the area. Nearby hotels and apartments are four stories. 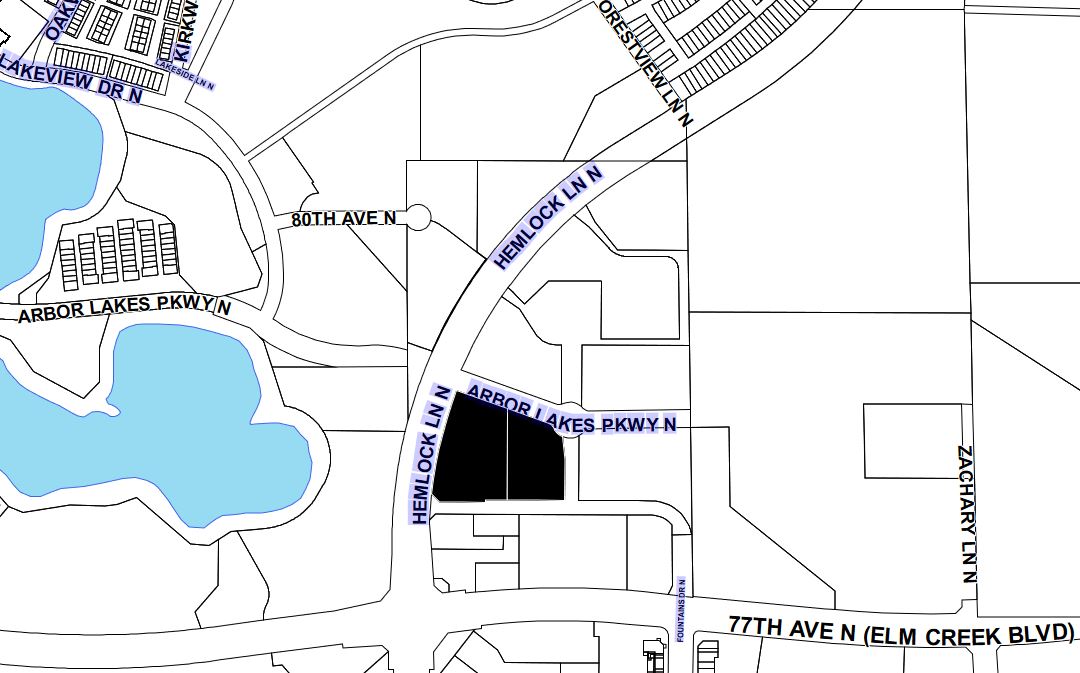 According to Kuechle, the switch to senior housing is the direct result of area demand. The demand for office space, meanwhile, continues to trail off in the immediate area.

“We’ve been marketing this site for office for about three years, have never been able to really gain any traction with an office tenant for this site,” said Kuechle.

A market study done by the developer shows Maple Grove continued demand for senior in the immediate area. The number of seniors 60 and above is expected to rise until 2024, the study found. The population ages 75 to 79 will have the greatest growth as baby boomers turn 75 in 2021. The study also notes that the age group 75 and over is projected to grow by 32 percent, an addition of 2,862 older seniors by 2024.

The Maple Grove senior housing project proposed by Doran will include a mix of independent living, assisted living and memory care.

The Maple Grove Planning Commission recommended approval of the amended concept stage plan. The vote was 6-1. Chair Larry Colson was not in favor, saying he did not want a dramatic increase in housing density for that area.

“We’re not really getting what we asked for,” said Colson, who also said he did not to see a large increase of retail.

But other commissioners agreed that office was not going to happen.

“If we can get something developed here, I think we really need to give that serious consideration” said Susan Lindeman, planning commission member.

The Maple Grove City Council will have the final say. It will take up the proposal at its next meeting, May 4.

The Doran plan also calls for a pair of 6,500-square-foot commercial buildings pegged for possible restaurants or retail.

“I’m really optimistic on getting a restaurant to the east side,” said Kuechle, noting people living in the area will drive up retail demand. “I just don’t know when that’s going to happen.”

However, Kuechle says retail is in a difficult state due to the COVID-19 pandemic.

“We anticipate post-COVID-19, we are going to see about 50 percent of our retail space go dark, and then it’s going to take a couple of years for that to rebound,” he said.

Since 2015, Bloomington-based Doran Cos. has been developing 40 acres of land as part of an Arbor Lakes area expansion. Previous projects include hotels and retail to the east of the proposed project. Its currently constructing the 700-unit luxury apartment and townhome complex known as The Reserve at Arbor Lakes to the north.