According to Brooklyn Center police, a minivan was turning left to head east on 70th Avenue from southbound Brooklyn Boulevard when it was broadsided by a motorcycle. The person on that motorcycle later died.

When police arrived at the scene at about 11:30 a.m. Sunday, an off-duty North Memorial Health paramedic was performing CPR on the motorcyclist. The motorcyclist was then rushed to the hospital.

As of Tuesday, the Hennepin County Medical Examiner’s Office had not yet released the deceased person’s identity.

The Minnesota State Patrol and the Hennepin County Sheriff’s Office responded to reconstruct the crash. The investigation is ongoing, but police said there are no indications that alcohol was a factor in the crash. 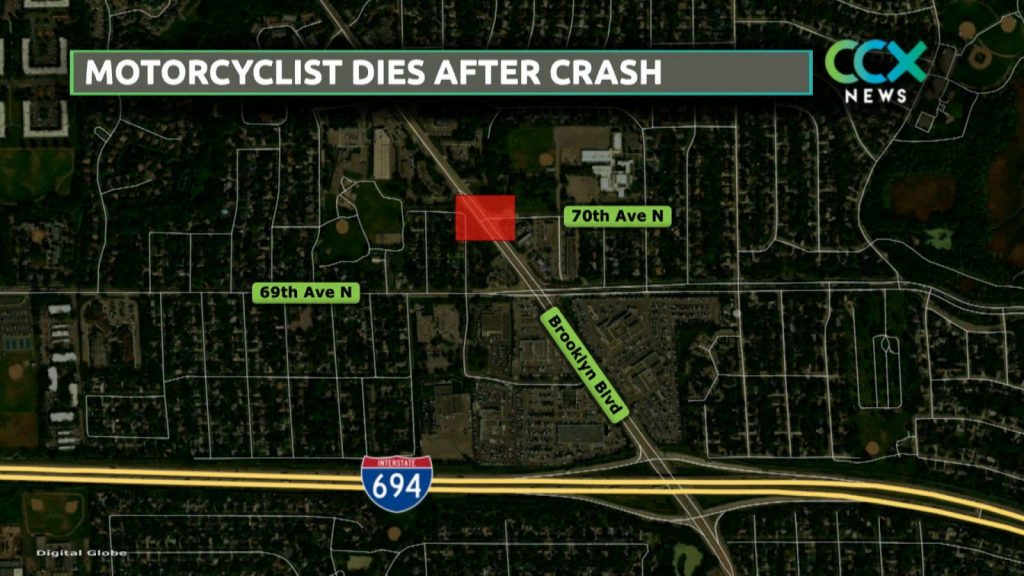 The trooper was assisting another vehicle when the crash happened at about 11 p.m. Friday on westbound Interstate 94 near Highway 252.

The motorcyclist, identified as 20-year-old Kyle Peterson, of Carver, suffered life-threatening injuries, the State Patrol said. According to the incident report, it was unknown whether Peterson was wearing a helmet.