Mother of Barway Collins Gives Approval for Statue in Crystal

The city of Crystal is honoring the life of a little boy who died tragically. On March 18, 2015, 10-year-old Barway Collins was murdered by his father, Pierre Collins.

Collins disappeared after getting off the school bus outside the apartment he shared with his father in Crystal. After weeks of searching, his body was found in the Mississippi River wrapped in duct tape.

“I think it was a defining moment for Crystal. It brought a lot of people together. You really saw the community rally around the family,” said Crystal resident Jeff Kolb.

Kolb and his wife, Erin, say they felt something needed to be done to honor Barway. So, they came up with an idea to make a statue. Last year the couple raised more than $21,000 for the memorial. A life-sized bronze statue of Barway will be erected in Becker Park, not too far from where he used to live.

“It gives people a place to go pay their respects and share their memories,” said Jeff Kolb. 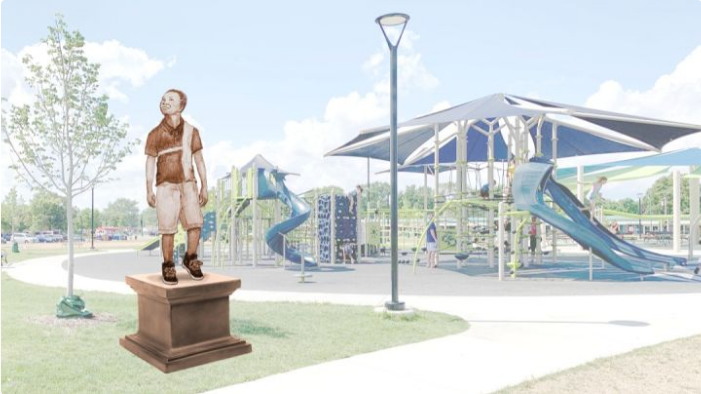 City council approves statue to honor Barway Collins, the 10-year-old boy murdered in 2015 by his father.

“I’m so happy that you guys always remember Barway Collins. So, I approve of everything you guys are doing,” said Louise Karluah Owens.

There’s no word yet on where the statue will be installed precisely in Becker Park. Officials hope to have the project finished sometime next year.