Brooklyn Park has narrowed down the field of candidates for the city’s police chief position to one person, Deputy Chief Mark Bruley.

Bruley has been serving the community for 27 years. He has served as a spokesperson and was also instrumental in establishing the annual Cops and Kids fishing program, which introduces young people in Brooklyn Park to fishing.  The city conducted a nationwide search and has interviewed five total candidates.

The city produced a video to introduce Bruley to the community and an open house.

After an open house to meet the community, Bruley will interview with Brooklyn Park City Manager Jay Stroebel. The city manager is responsible for recommending to the city council who he believes they should hire for the role. 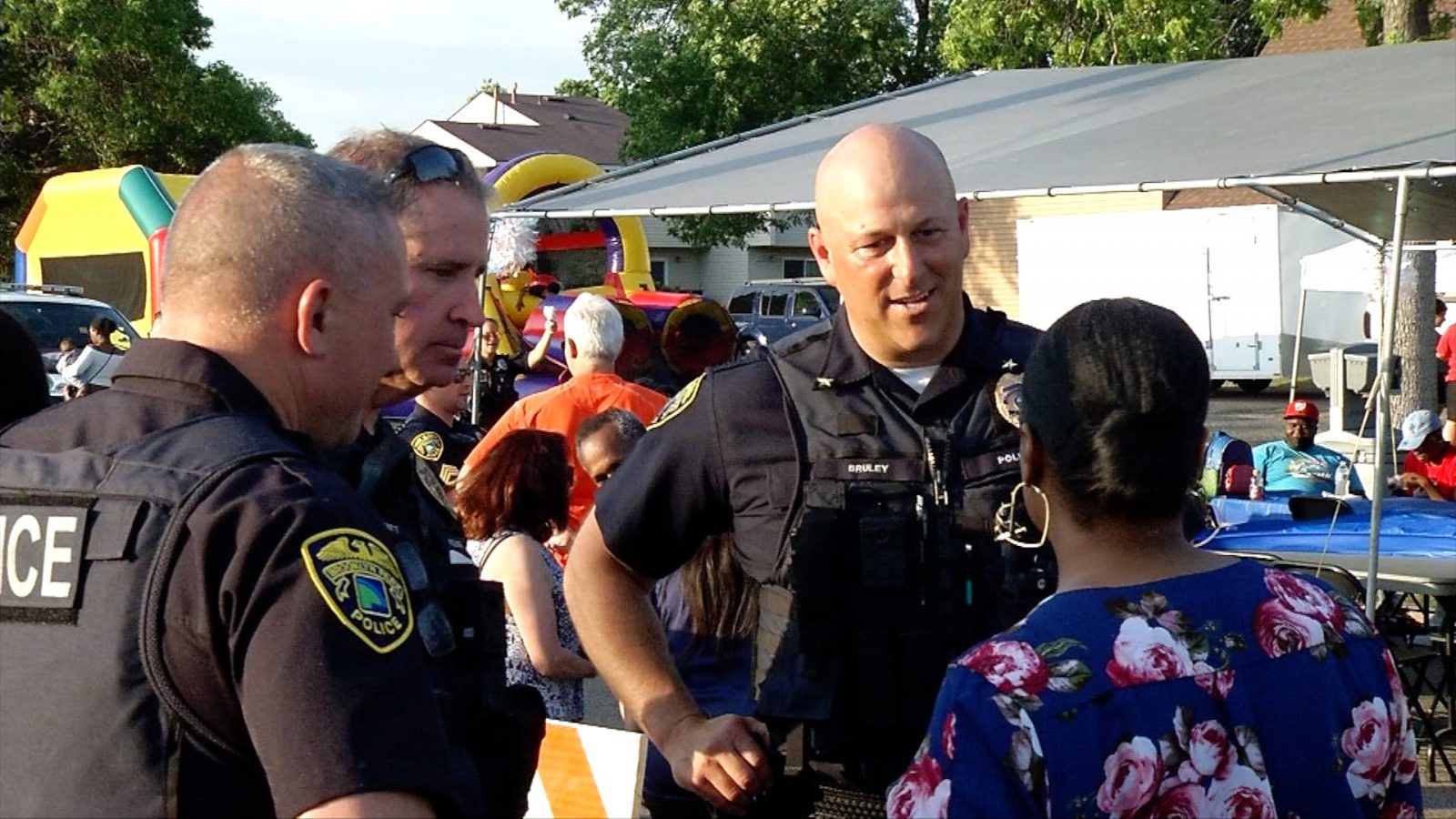 Mark Bruley (center) talks to a Brooklyn Park resident at a community gathering.