The Maple Grove Police Department is warning residents to be vigilant after a spike in thefts from vehicles. Police say crimes of this nature have tripled during the stay at home order.

In March 2019, there were ten thefts from vehicles. In March of 2020, that number went up to 30. Police say thieves are stealing purses, loose change, computers, and cell phones.

Police also say two-thirds of the crimes are from vehicles that have been left unlocked. The remaining third come from forced entry, people breaking windows, or prying open covers on pickup trucks. Police say many of those crimes are happening in business areas and are happening in daytime hours. The ones that are taking place in neighborhoods are happening at night. 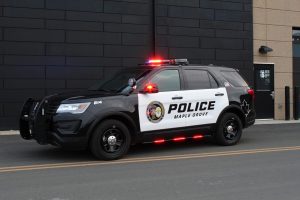 Maple Grove police say thefts from vehicles tripled in the month of March.

Maple Grove police say there could be a variety of reasons for the increase.

“I guess that they’re shifting the types of crimes that they are committing because the other opportunities are not there,” said Maple Grove Commander Jon Wetternach. “And more people are at home, so there’s more opportunity within the neighborhoods. Kids are home from college earlier, so there are more cars in the driveway.”

Police want residents to lock doors and windows. They also recommend not storing valuables in vehicles.  If you see anything suspicious, call Maple Grove Police at (763) 494-6100.