Maple Grove police are investigating a death they call suspicious. 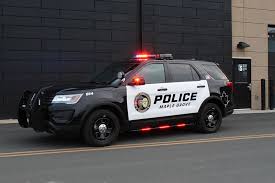 Police say they got 911 call just after 4 p.m. Tuesday that a woman was unresponsive in the 8600 block of Quarles Road. They found the 40-year-old woman dead and say the death looked suspicious.

However, police say there’s no threat to the community.

Maple Grove police are actively investigating what happened, but if you saw anything in the area around 4 p.m. Tuesday, call Detective Brad Holzerland at 763-494-6204.