Some Minnesota restaurant owners have said they felt “blindsided” by Governor’s Tim Walz’s order Wednesday to only allow outdoor dining come June 1, not dine-in customers. Maple Grove Mayor Mark Steffenson discussed the issue Wednesday with CCX News and talked about what he’s heard from Maple Grove restaurants. There are many questions, such as what restaurants with rooftop dining can do or customers having to use the bathroom. 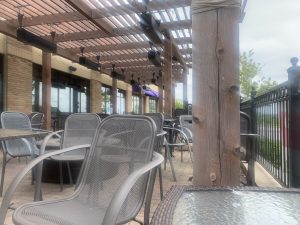 Several restaurants, like the Lookout Bar and Grill, have earned some revenue because they’re serving up take-out, but it’s not enough. Owner Mike Kinnan says the new phase of allowing up to 50 people in outdoor dining spaces isn’t enough either.

“To be honest, that’s not enough to keep us in business,” said Kinnan. “We need to be open-open, even with regulations.”

Kinnan isn’t deterred by restrictions and new guidelines, and says other restaurants aren’t either.

“We understand it’s going to come with safety and regulations, but we’re in the restaurant business. We’re used to taking care of our customers. Let us do what we do.”

The Maple Grove Economic Development Authority launched a new program offering businesses a forgivable loan of up to $10,000 with zero percent interest and a term of up to five years. You can learn more about that effort by clicking here.

“I expect certain outdoor restaurants would have to set up seating in parking lots so where you’d have cars, you would have tables instead,” said Steffenson, who says the city has already started working on the issue. “We’re going to do what we can to help restaurants and bars have that outdoor seating arrangement they need.”

Restaurants and retail matter to Maple Grove which has worked for years to be a destination to eat and shop. The city has more than 5.3 million square feet of retail space that needs customers to survive.

The Maple Grove City Council recently signed a letter to Governor Walz, supporting the reopening of businesses, which would include restaurants.

“I’ve been told quite frankly by several local businesses that are long term businesses in the community that they are done. They can’t survive and they won’t survive,” said Steffenson. “It’s important to the city to have these businesses survive.”