A Maple Grove man was charged with second-degree murder in the death of his wife, who was found buried in a crawl space in their home, says Hennepin County Attorney Mike Freeman.

Freeman says Joshua Fury, 28, is expected to make his first court appearance in the death of his 28-year-old wife on Wednesday. Prosecutors will be seeking bail of $2 million. 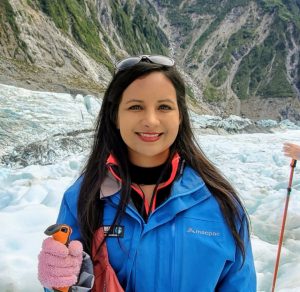 The criminal complaint says Fury returned home from work Thursday afternoon and found his wife Maria missing, with her phone still in the house. Police say when Fury left for work in the morning, he told police that his wife was talking on the phone with her mother and planning on taking a walk.

The complaint says Fury searched for his wife along her usual walking route and after police arrived, they mounted a larger search which included a helicopter. The next day, May 1, police launched a huge search and began talking to friends and family of the missing woman. Police learned that the couple was having marital problems and she intended to leave Fury, the complaint states.

Police obtained a search warrant and brought in dogs trained to detect bodies. According to he complaint, the dogs indicated human remains in a crawl space in the lower level of the house. The crawl space is no more than four feet tall and it has a dirt floor. There was plastic over part of the floor.

The complaint says a second search warrant allowed police to dig in the crawl space. Police discovered the body about 1:30 a.m. Saturday and it took hours to exhume the victim, with officers digging in shifts.

The preliminary cause of death appears to be asphyxiation from a plastic bag taped over her head and nose, the complaint states. Police say Fury initially tried to blame his wife’s disappearance on an old boyfriend, but eventually told police they had a fight Thursday morning in which he strangled her and then put the plastic over her face.