Lennar, one of the nation’s largest homebuilders, is proposing a 121-unit development on 40 acres of land surrounding the Minneapolis Northwest KOA Journey campground site in the northwest corner of the city.

A concept plan called Bella Woods calls for a mix of single-family homes and townhomes. Part of the development site is located within 6.7 acres of forest, which officials say is one of the largest remaining untouched tree preservation areas in the city. According to city planners, the project would impact close to 25 percent of the trees in the so-called “T-zone,” set up by the city to protect prime forested land.

“Being up there, walking through that forest, it definitely is a nice forest. There’s a reason why that has been rezoned as a T-zone,” said Peter Vickerman, the city’s planning manager.

Vickerman says this project would preserve a significant higher number of trees than other developments.

“It’s significantly higher preservation than most recent developments that usually come in right around that 51 percent of removal in T-zone areas,” Vickerman said.

Lennar is proposing to build 55 single-family homes on 65-foot-wide lots to the east of the campground site. It would also put up 66 row-style townhomes south of the campground. The townhome portion of the project raised the most concerns of some planning commission members.

“There’s a lot of townhomes going in, more than single-family homes,” said Mike Ostaffe, Maple Grove Planning Commission member. “And those townhomes in the future run the dramatic risk of being turned into rentals by the first owner or the second who want to do that.”

Ostaffe said there’s around 400 to 500 townhomes already under construction in this area.

Maple Grove currently has a moratorium in place to temporarily halt single-family homes and townhomes from being turned into rentals. 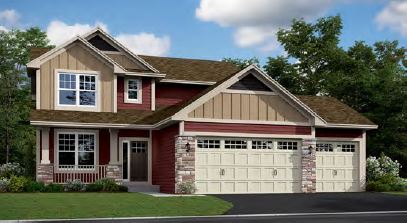 Developer: “It’s a challenge out there right now”

The proposal would meet the city’s low to medium density zoning guidelines for the site, which call for one to four units per acre. The Bella Woods concept is three units per acre. Planning documents also show a future school near the housing proposal.

Due to the higher tree preservation, Lennar is requesting increased flexibility with lot sizes. The project calls for 65-foot-wide lots for the single-family homes that average about 0.2 acres per lot.

Paul Tabone, land entitlement manager with Lennar, says sale prices are still being determined, but says similar recent projects typically have price points of more than $600,000 due to increased construction and land costs.

Tabone acknowledged the concerns of the commission about the townhome component, but says the company is responding to current market demands.

“We’re kind of taking a hybrid approach to the housing that we typically do,” said Tabone. “It’s a challenge out there right now trying to peg what’s going on.”

Tabone says the row townhomes would be similar to Rush Creek Commons, another Lennar project in the southwest corner of the city.

“The pricing thing is a challenge,” said Tabone, acknowledging the need for more varied price points.

Planning commissioners did raise some concerns with the small lot sizes. Commissioner Joe Piket, who voted no, said he prefers less density for both the townhomes and single-family homes.

Other concerns included the possibility of headlights shining into tents at the KOA campground.

“We want to make sure the new development won’t negatively impact our business,” said Jim Hou, owner of Minneapolis Northwest KOA Journey, who spoke before the planning commission.

Tabone said Lennar would look at screening if needed.

If the project receives all the necessary approvals, Lennar has the Bella Woods development planned for 2023. 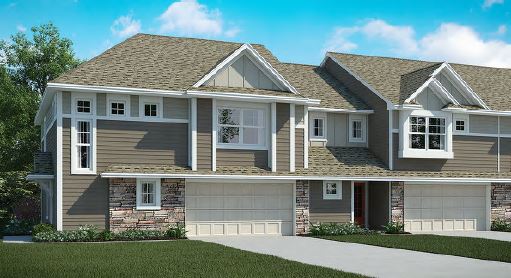