June is Pride month, and for the first time, Maple Grove will hold a Pride festival.

The event, organized by the grassroots group Maple Grove Diversity Equity and Inclusion (DEI) Community, aims to celebrate diversity and promote a culture where everyone is welcome.

Planners say the area is becoming more diverse and want to make sure the LGBTQ community is supported.

“To come here in Maple Grove, which is a suburb, and talk about this so the community comes out and we’re proud, joyful and celebrate each other, and celebrate the rights, equal rights for all of us. It is just a really, really good heartfelt feeling,” said Tanwi Prigge, one of the organizers of the event.

The event, which takes place Sunday at 4 p.m., will feature food, entertainment and speakers. 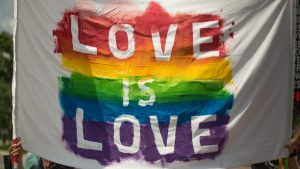 Organizers say the event is also a way to bring awareness to the high suicide rate among young people who are LGBTQ. According to the Trevor Project, at least one LGBTQ youth between the ages of 13 and 24 attempts suicide every 45 seconds in the United States.

“We hope by raising awareness and supporting our neighbors we can start to talk about these things the way we’re different but also the way we’re the same,” said Kristy Janigo, event organizer.