Brooklyn Park police say one man was shot inside a townhome Thursday morning, while a suspect escaped by driving through a garage door before his eventual arrest.

The incident happened shortly after 8:30 a.m. Thursday at a townhome complex in the 6600 block of 83rd Court North. When officers arrived, they found five townhomes that had been shot into. They later determined the shots came from inside one townhome.

In that townhome, police located a man with a gunshot wound. He was “excessively bleeding,” police said in a release to CCX News. Officers had to use tourniquets to stop the flow of blood from the wound, police said. That man was taken to a local hospital. He is expected to survive.

While police surrounded the townhome, a suspect drove his vehicle through the garage door to escape. Police pursued the vehicle and used what’s called a PIT maneuver to try and stop the vehicle. The driver then rammed his vehicle into two squad cars before officers got the vehicle to stop. During an arrest attempt, the suspect “refused to cooperate and barricaded himself inside his vehicle,” police said. SWAT and crisis negotiators eventually got the man to surrender without further incident.

Police say the suspect, a 43-year-old man, was the only one sought at this time. He remains in custody pending charges. Authorities also recovered a weapon connected to the incident. No motive was given for the crime. Brooklyn Park police continue to investigate. 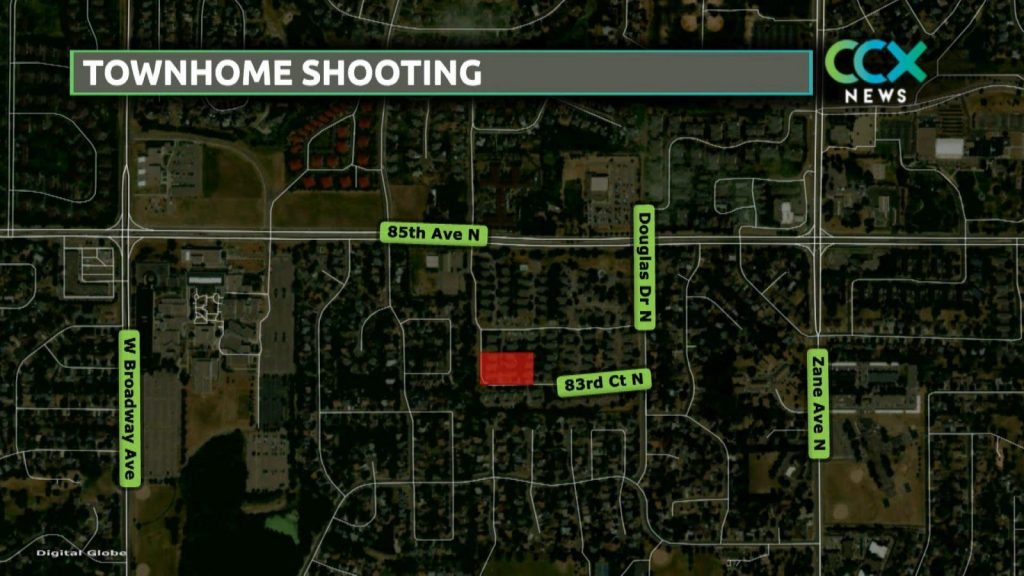