Authorities have now identified the victim of a Brooklyn Park homicide case. The Hennepin County Medical Examiner says 42-year-old Verneice Abrams of Watertown, Minn., died after she was shot in the stomach.

The incident happened Wednesday, Aug. 21, at about 4:20 p.m. in the parking lot of Gold Key Mall near Zane Avenue and Brookdale Drive. Police called the case “particularly concerning” given that it happened in broad daylight.

James Hill, 31 of Minneapolis, was charged with second-degree murder. Police say he stole a purse after shooting the woman and escaped with the help of two other suspects. 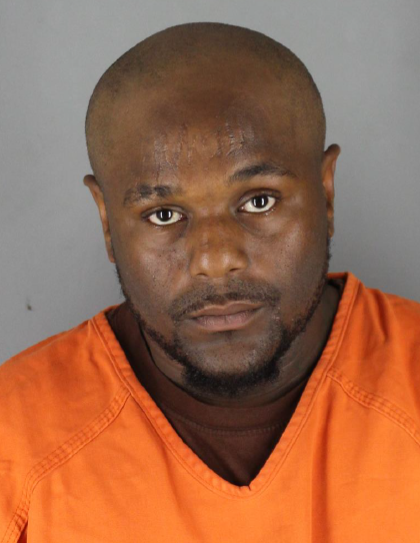 According to the criminal complaint, Hill approached Abrams and the two hugged as they entered a hair salon. Hill then asked the woman to come outside so he could “show her something,” the complaint said. Witnesses inside the salon then heard a pop or bang moments later.

Surveillance video shows the suspect and the woman appearing to get into a struggle next to a gray SUV parked near the salon. Hill is seen grabbing the woman’s purse and getting into the passenger side of the vehicle as it drives away, the complaint said.

Police later traced the vehicle to an address in Minneapolis. At that address, police conducting surveillance stopped a vehicle pulling out of the residence. They noticed the man inside was wearing the same clothing seen on surveillance video. The gray SUV was also parked behind the residence, the complaint said. Police executed a search warrant of the SUV and recovered the victim’s credit card and an inhaler the victim had. A search of the address also led to the recovery of the victim’s purse. Officers also recovered a cartridge casing in the parking lot that matched the weapon found in the vehicle that police stopped.

The criminal complaint says the victim was shot in the abdomen. She later died at North Memorial Health Hospital. Authorities had not yet released her name as of Friday afternoon.

Hill is scheduled to appear in court on Monday. A woman, identified as the driver of the SUV, is also charged. Deshawn Slaughter, 31, of Minneapolis is charged with aiding an offender. A third suspect, Thomas Spencer, 34, of Minneapolis, is also accused of aiding Hill during the crime.