A July special session is underway at the Minnesota state Capitol. Among the unfinished business: a police reform bill and a bonding bill that would fund infrastructure projects across the state. A special session in June ended without a deal between leaders of the DFL-led House and Republican-controlled Senate. 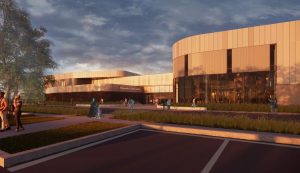 Plymouth Creek Center remodel and expansion including in bonding bill

The Minnesota House Ways and Means Committee, by an 18-10 party-line vote, advanced a $1.8 billion bonding bill on Tuesday to the House floor. Rep. Lyndon Carlson, DFL-Crystal, chairs the influential committee. But the bill’s fate remains unclear. Its passage requires a three-fifths supermajority approval in the House and Senate. And even though leaders from both major parties indicate a deal is close, GOP lawmakers on the committee referred to the bonding bill as “a huge garbage bill.”

The bonding bill is seen as a way to fund critical infrastructure projects ranging from wastewater treatment facilities to police stations to state college laboratories. Authors of the bill say it could create 27,000 jobs. The bill also includes tax provisions meant to provide relief for small businesses and farmers.

The bonding bill includes projects impacting the northwest suburbs in the CCX News viewing area. The following is a list of those local projects:

You can see the full list of projects included here.