It’s been a busy week for Minnesota lawmakers as the state legislature continues a special session with much of the legislation focused on policing. 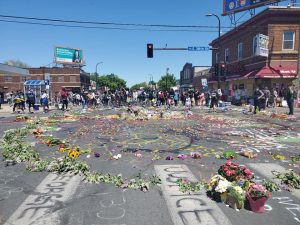 The DFL-controlled House and Republican-led Senate are in general agreement that actions need to be taken regarding police accountability.

“We also have the other provisions of a statewide ban on chokeholds and neck restraints. It’s similar to what the House is doing as well,” explained Sen. Warren Limmer, R-Maple Grove.

Senate Republicans support proposals including police training expansion, the reporting of use of deadly force to the Bureau of Criminal Apprehension and the duty to intervene.

“If a police officer sees another police officer going too far, it will be his duty to intervene and then report that behavior to his superior as soon as possible,” Limmer said.

But Senate Republicans voiced opposition to criminal justice reform bills such as putting the Minnesota attorney general in charge of prosecuting officer-related killings.

“If the prosecutor so chooses, he can hand that case over to the AG right now. I’m not so sure we need a law to bring all deadly force shootings by police officers to the attorney general,” said Limmer.

Rep. Vang also champions a bill that would allow families to file a lawsuit against a police officer accused of an illegal act, regardless of when the incident took place.

“My bill repeals that statue of limitation so families can also have their day in court,” Vang said.

The legislature will also take up unfinished regular session items such as a bonding bill and COVID-19 aid funding. Those are issues that impact the northwest suburbs.

The special session is expected to wrap up Friday.