Police say someone called in a suspicious person trying to steal a catalytic converter off a parked van. The suspect fled into Minneapolis, where the owner lost control, crashed and then arrested by police.

The suspect, who has outstanding felony warrants, faces new charges of theft and fleeing a peace officer.

This instance is only the latest in a string of catalytic converter thefts that have plagued Minnesota cities of all sizes. 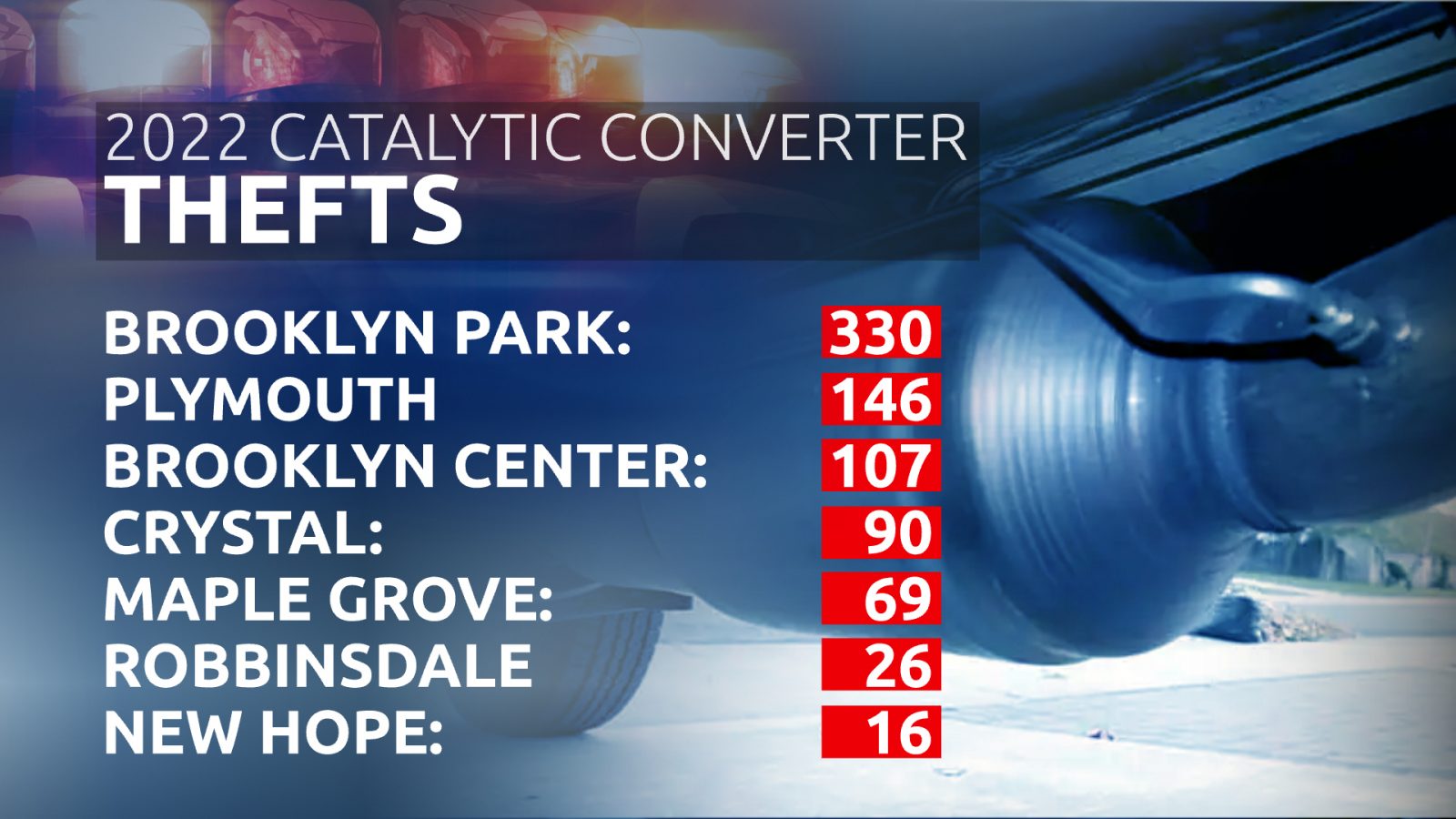 Catalytic converter thefts were on the agenda of a meeting of the Minnesota Commerce, Finance, and Policy Committee this week.  HF 30 would require scrap metal dealers to only buy detached catalytic converters that can be with a vehicle ID number as well as delay removal and payment for a certain number of days.

“It doesn’t matter what city you work for in the metro or greater Minnesota. Thefts of catalytic converters in recent years has been substantial and had a significant impact on crime rates,” said Tate.

“This is a tremendous cost to each of our communities,” said Rep. Klevorn, when speaking about catalytic converter thefts in a committee meeting this week. “The cost to the family is catastrophic.”

The bill was referred to the Public Safety and Finance Committee, but not before a representative from the Institute of Scrap Recycling Industries, Inc. (ISRI) spoke about some of the problems the industry has with the bill.

Jeremy Estenson, representing ISRI, said the industry had issues with the “tag and hold” requirement, which is difficult for businesses when dealing with commodities that have fluctuating prices. He also expressed concern that it adds penalties to businesses who could unknowingly purchase stolen converters as well as require greater regulation for bricks and mortar locations of scrap businesses.