There’s a lot in this world that divides us, but Johnny Mouhanna is in the business of bringing people together.

And few things in this world can unite people quite like the taste of good pizza.

“That’s all it takes. How can you not have fun doing that,” Mouhanna said, as he added toppings onto a pepperoni pizza.

Mouhanna is the owner of Johnny Boy’s Pizza, which opened in a Brooklyn Park strip mall near 85th Avenue and West Broadway in October of 2019.

The restaurant is the fulfillment of a lifelong dream.

“My first job ever was in a pizza shop, and who doesn’t love pizza,” Mouhanna said. “So I always wanted to kind of go back to those roots a little bit.”

The restaurant sells a number of specialty pizzas that people know and love.

“I would say over half our pizza sales start with hand-tossed doughs,” Mouhanna said. 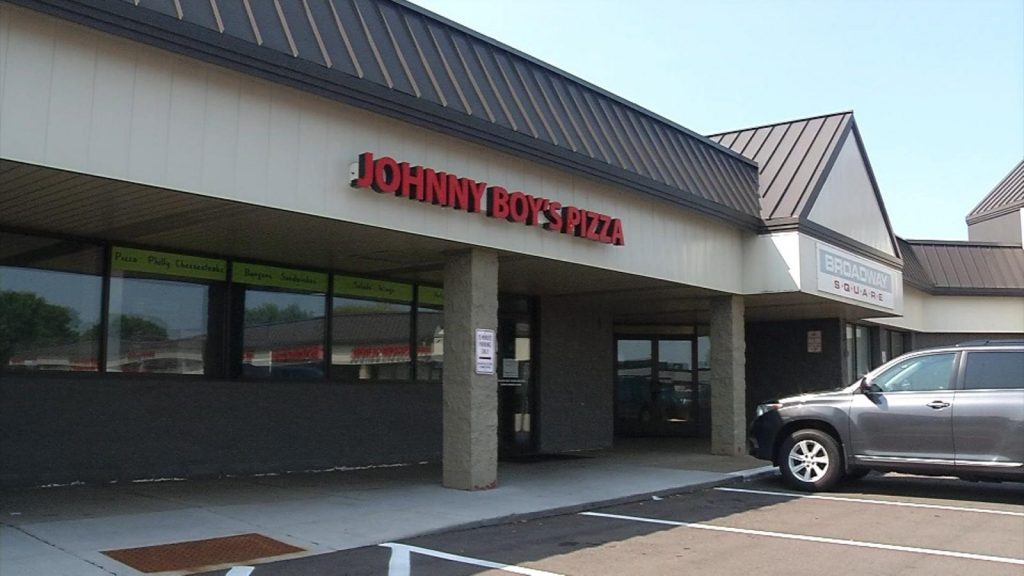 But one of the things that sets Johnny Boy’s apart is their emphasis on toppings featuring our feathered friends.

“We basically have a whole lineup of chicken tender pizzas,” Mouhanna said. “So we took anything that you would dip a chicken tender in and built a pizza around it.”

In the nearly two years since Johnny Boy’s opened, they’ve had to shut down their dining room and deal with supply shortages due to the pandemic, but not even that has prevented Johnny Boy’s from taking flight.

“It’s fun to come to work every day,” Mouhanna said. “What’s not fun about throwing some toppings on a pizza and people like it.” 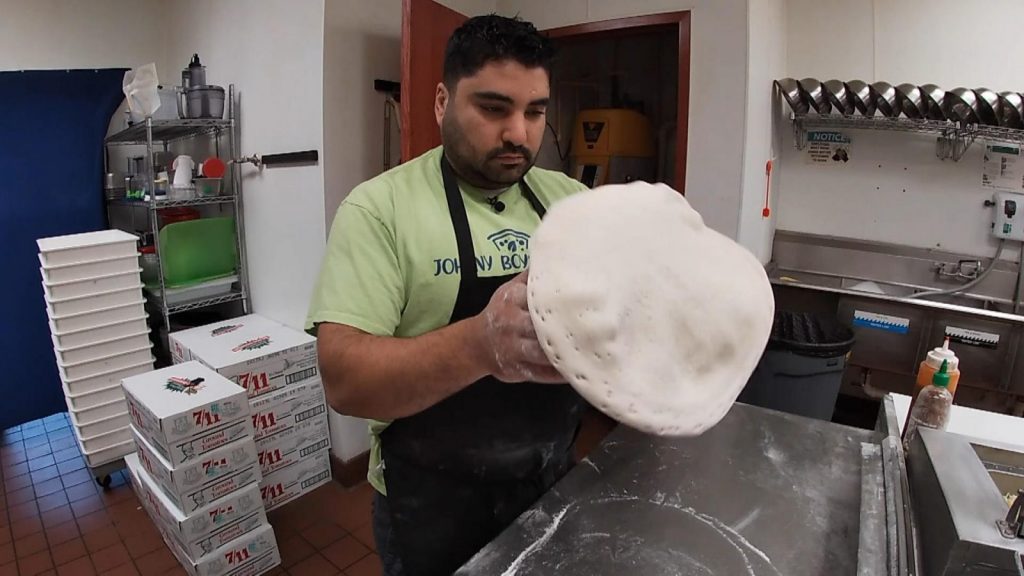 Johnny Mouhanna is the owner of Johnny Boy’s Pizza.

“My two favorite things in life kind of went together,” he said.

“Pizza is kind of like the perfect food for sports,” he said.

Meanwhile, Johnny Boy’s is planning to open a second location in a downtown Minneapolis commissary kitchen that will serve customers through online orders.