Brooklyn Park police are investigating a shots-fired case in which bullets hit several homes and a daycare with children inside.

The shooting happened just after 5 p.m. Tuesday in the 7600 block of Unity Avenue North. Police say it involved two groups of people firing weapons at one another. No one was injured.

Several witnesses spoke with police after the matter. Police continue to investigate. As of Wednesday, no arrests had been made. 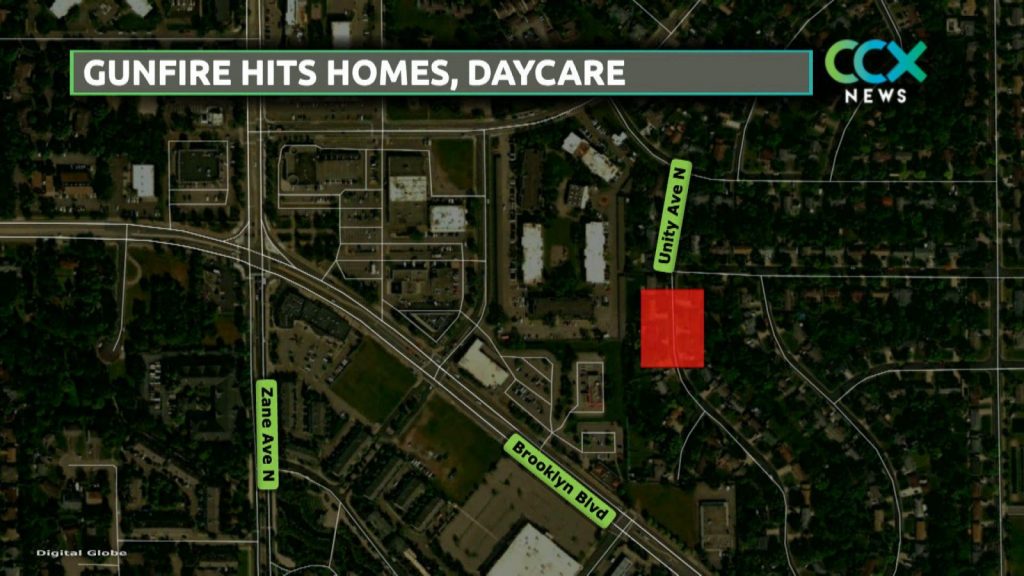