It’s been a violent week at one Brooklyn Park apartment complex. Police have responded to three separate shots-fired calls at Huntington Place Apartments since Sunday. No one has been arrested in any of the incidents.

Some residents at Huntington Place Apartments awoke to gunfire at around 12:22 a.m. Wednesday. Surveillance video shows people scrambling for cover after shots were fired.

“One of these individuals ended up getting shot in the neck. They stopped at 69th and Brooklyn Boulevard. We don’t know if they were shot there or at Huntington,” said Brooklyn Park Deputy Chief Mark Bruley. 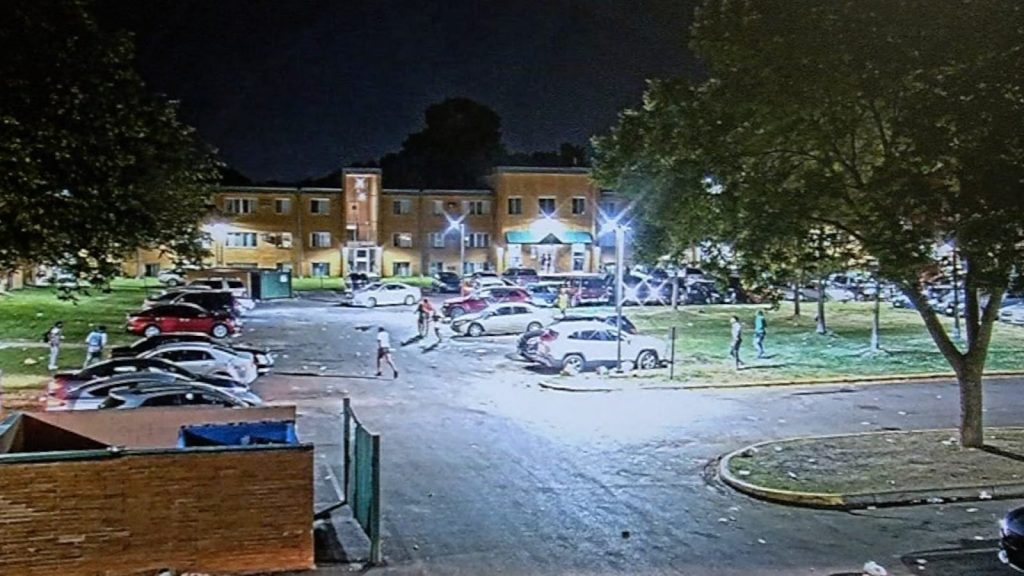 Violence Prompts One Resident To Move

The violence has become difficult to accept for residents. Karrisa Williamson says she’s scared and is moving at the end of the week.

On Monday, officers were called to the same apartment complex at around 3 a.m. after reports of several shots fired. No one was hurt, but bullets damaged two vehicles.

Witnesses also called police at around 1 a.m. Sunday after shots were fired outside Huntington Place. Bullets struck several vehicles and two people went to the hospital for gunshot wounds.

Huntington Place appears to have become a gathering spot for groups of people, contributing to some of the violence. The situation bares some resemblance to what police have seen with illegal street racing.

“We don’t know why exactly. We know that this apartment complex has become a focal point for groups of people to meet and party,” explained Bruley.

Brooklyn Park police added extra patrols to the area and the property management upgraded security. The complex added a checkpoint after 5 p.m. to only allow residents and installed more cameras. But even with all these measures, the violence continues.

“The reality is that it just doesn’t stop, and there’s just a sense of lawlessness in our community. In certain parts of our community that we can’t seem to stop,” said Bruley.