An increase in violent crime across Minnesota is one of the key issues facing lawmakers during this year’s legislative session. On Wednesday, Governor Tim Walz was in Brooklyn Park to promote one of his initiatives aimed at supporting public safety.

The governor introduced a $300 million grant package to fund a variety of public safety initiatives. The goal of Wednesday’s event was for the governor to learn about the various public safety challenges facing Brooklyn Park, which includes an increase in gun violence.

Enevoldsen was joined by Brooklyn Park Mayor Lisa Jacobson and other city officials for a roundtable discussion convened by the governor. 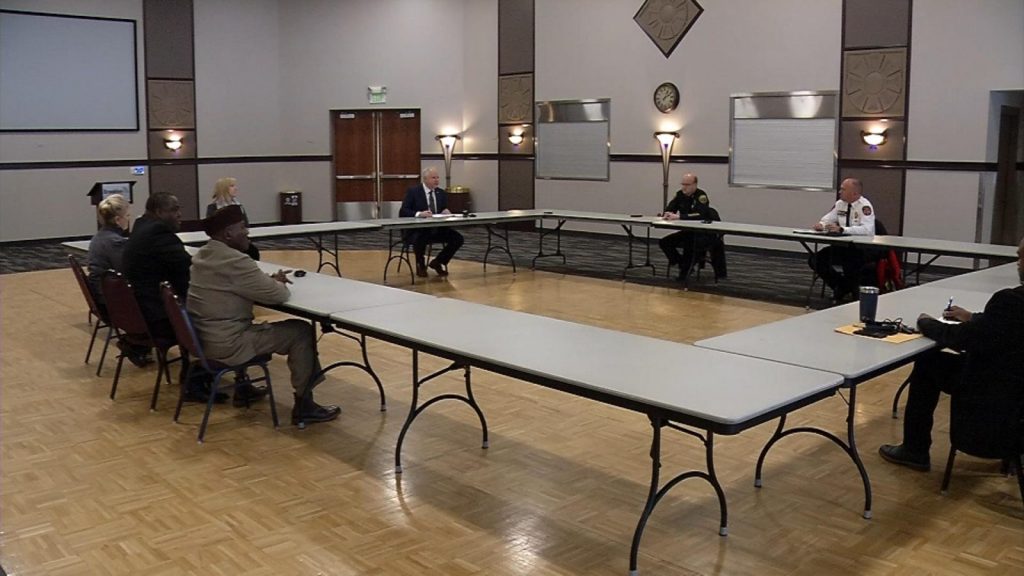 The discussion also attempted to offer up solutions on how the governor’s proposed grant funding could help solve some of the city’s problems with violent crime.

“I think one of the things the state can do in addition to providing that funding to the communities and providing that funding to community groups is do some of the statewide initiatives around recruiting, around incentivizing and paying for some of the training around public service, and then dealing with the metal health pieces of this,” said Walz.