For anyone dealing with obstructive sleep apnea, it generally requires doing a sleep study to diagnose the severity of problem, followed by using a CPAP machine to treat it.

“Mostly physicians, they’re going to offer CPAP first because it’s so convenient,” said Tim Herbert, president and CEO of Inspire. “You can start using the therapy that night, right? It’s an external device that you wear on your face. Unfortunately, some people have problems with the apparatus.”

Inspire is a Golden Valley-based company that developed a small medical device that doctors can implant just under a patient’s skin during a two-hour procedure.

The company says Inspire is the only FDA approved obstructive sleep apnea treatment that works inside your body to treat the root cause of sleep apnea with just the click of a button. 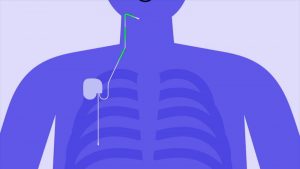 The Inspire device is implanted in the body through three small incisions.

The Inspire device is specifically designed for anyone who can’t tolerate the CPAP mask.

“And we have a little remote control that you use to turn the therapy on when you go to bed, and you use it all night and it just makes sure your airway stays open while you sleep and you don’t have obstructions,” Herbert explained.

Coming a long way in 10 years

CCX News first met Herbert at a Minneapolis sleep conference in 2011. At the time, the Inspire device was just getting off the ground.

“When we spoke last ten years ago, we were probably just in the hundreds of patients who have tried Inspire therapy,” Herbert said. “As we stand today, we’re well over 12,000 in the United States and Europe.” 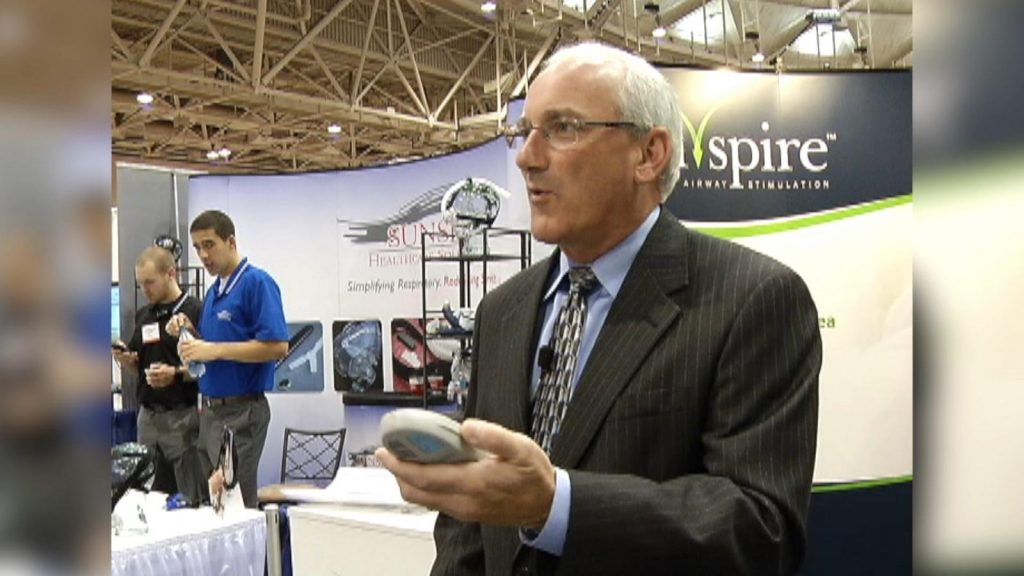 Inspire is now a publicly-traded company with coverage from most of the major health insurance payers. Herbert says the company is still in its beginning stages and continues to grow.

“We just have a long pathway to go,” he said. “And really are just starting to not even approach, one percent penetration in the number of patients out there with untreated moderate to severe sleep apnea.”

Inspire has come a long way in the last decade, and Herbert is confident that even more people will be able to benefit from the device without having to sleepwalk through their day.

“It’s very exciting to see the recognition and the work that we’ve done and the commitment we have to the patients,” Herbert said. “But again we’re just at the beginning and we have such a long way to go in our growth pathway.”