This week the Golden Valley city council took another step toward resolving some of the problems that have festered around an unofficial beach on Twin Lake.  Council members have previously mentioned they’d like to have a plan in place before the summer months.

The beach is in Theodore Wirth Park and has been problematic for decades. This past summer, complaints about indecent exposure and drug use arose at the beach. Residents also complained about traffic and litter around the unofficial beach.

“I’m really excited that we are going to have these structured and continued conversations,” said council member Gillian Rosenquist.

The park straddles the two cities, and there’s never been a formal arrangement for who is responsible for some of the policing and upkeep. The park is operated by the Minneapolis Park Board. This week the council passed a memorandum of understanding between the city and Minneapolis Park Board to establish a groundwork for the two entities to work together to maintain and police the park. After the Minneapolis Park Board approves the same memorandum of understanding, the two entities can begin working together on project agreements to determine who is responsible for issues like vegetation removal and 911 response.

City manager Tim Cruikshank urged people to call 911 and report suspicious activity in the park if they saw it.

You can listen to the full discussion in this week’s city council meeting and read the full memorandum of understanding in the agenda. 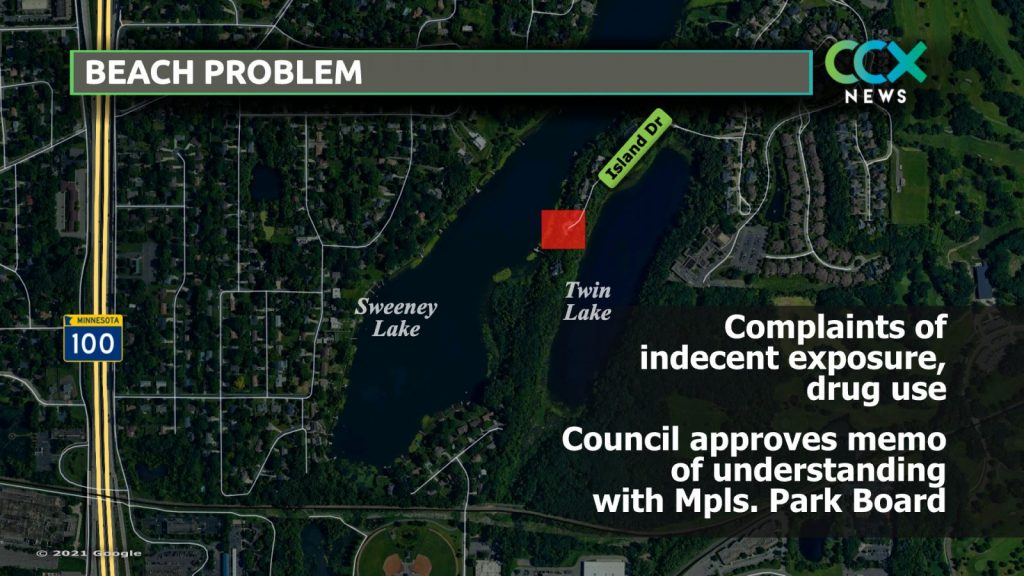