Golden Valley has single-family homes and apartments, but nothing really in between. City officials call it the “missing middle.” It’s why the city is looking to diversify its housing stock by adding rowhouses to its zoning code.

“A variety of housing I think is a good value to have for our community,” said Ronald Blum, chair of the Golden Valley Planning Commission.

The city’s planning commission has discussed the issue over the past several months. It took one more bite of the apple again this week.

What Exactly Are Rowhouses?

Rowhouses are typically multiple-attached units with individual entries and two to three stories in height. They can either be rental or separate ownership. The city has studied communities around the country that have rowhouses, including neighboring St. Louis Park.

Besides meeting a housing need, planning leaders believe rowhouses could be an attractive option along transportation corridors. At Tuesday’s planning commission meeting, planning officials mentioned stretches of the city along Douglas Drive or Winnetka Avenue as possible locations. Rowhouses along Harold Avenue, north of Lions Park, could be another option. However, there’s not many areas where they could potentially go.

“The impacts of what we’re talking about certainly would not be great at first,” said Jason Zimmerman, the city’s planning manager.

Rowhouses, if eventually approved, would be allowed only in ‘R-2’ zoning districts, which is moderate density free from commercial, industrial and multifamily apartment buildings. 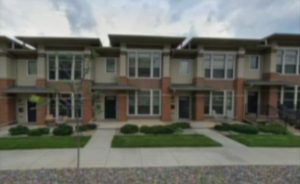 Golden Valley planning leaders understand there may be concerns that come with a new housing product like rowhouses. They discussed having higher architectural standards for rowhouses compared to single-family homes.  Those standards could include ensuring combinations of brick, stone and glass facades.

There’s also the potential that rowhouses could be built near single-family homes. Blum says the city’s goal is not to change the character of single-family neighborhoods.