The Twin Cities have dozens of bakeries, but for the loyal customers of Valley Pastries in Golden Valley, there’s only one bakery in the area that matters.

“There’s just something about the flavor of the doughnuts,” said Cindy Malmin, a customer from New Hope. “It sort of has its own, I don’t know how to describe it, but it’s definitely better than the other bakeries that I’ve gotten doughnuts at.”

Since 1987, Valley Pastries has satisfied the cravings of doughnut lovers in the northwest suburbs.

“We deliver a good product. We don’t try to get too fancy with stuff,” said Alex Loosbrock, co-owner of Valley Pastries. “We focus on the doughnut and we think that they’re really good.”

Loosbrock and his business partner, Michael Getty, bought the store seven years ago from the original owners. Aside from having to shut down for nearly three months this year as the city replaced a sewer line, it’s turned out to be a worthwhile investment. 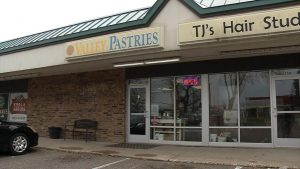 “I’m doing anywhere from 75 to 100-plus dozen a day,” Loosbrock said on a recent Friday. “And that’s just today. Saturday and Sunday I’ll do significantly more.”

The first week after reopening, they sold more than 12,000 doughnut and doughnut holes combined.

“It’s a lot of hard work, but we love it,” Loosbrock said.

It’s hard work that’s also gotten more expensive. Loosbrock says the price of ingredients, like eggs, has tripled since they were last open in February.

“It’s caused me to raise my prices,” Loosbrock said. “But been very appreciative of the fact that nobody’s really said anything or mentioned it.”

For longtime fans of Valley Pastries, a small price increase (doughnuts now cost $2 apiece instead of $1.75) isn’t enough to scare them off.

“Whatever the price is, it’s worth it,” said Pearson. “Doesn’t matter.”

“When you have a product that’s this great, I’ll pay a little extra for it,” said Malmin.

Meanwhile, Valley Pastries also sells cookies, but the owners say that with the price of eggs soaring over supply-chain issues and bird flu cases, they’re evaluating whether to discontinue cookie sales. That decision should come in the next few weeks.