The city has considered accessory dwelling units, or ADUs, for more than a year. The residential units are also informally called “in-law suites,” “guest cottages,” “carriage houses” or “granny flats.”

ADUs can be part of an existing single-family home or built detached on the same lot. Such dwelling units are an important issue in a city where 21 percent of its population is 65 or older, according to recent Census estimates.

“This reminds me of many senior citizens over the past number of years who have expressed concern about aging in place, the desire to age in place, but the challenge of aging in place and this is going to help,” said Golden Valley Mayor Shep Harris.

Harris said he grew up next to a multigenerational house with an attached ADU.

“I think there are a lot of multigenerational Golden Valley families, and this might provide some continuance,” added Harris.

A city survey with more than 300 respondents showed a majority of residents – 59 percent – would definitely consider or lean toward building an ADU. However, that leaves some Golden Valley residents strongly against, include those who took time to write to the city to express concerns.

“This would totally degrade the community. Where do extra cars and trash containers all go,” wrote Cheryl Stock.

“Leave the single-family housing the way it is. If you need help I am sure most homes have an extra bedroom that someone could stay in to help you,” wrote Charles Ryan.

But some others, including those caring for adults with disabilities, say an ADU is a necessary option.

“I have three disabled young adults,” wrote Julie Billups. “An ADU is the only and best option for my family. Homes for the aging and disabled are over capacity, lack sufficient staffing and in many cases aren’t available or suitable. 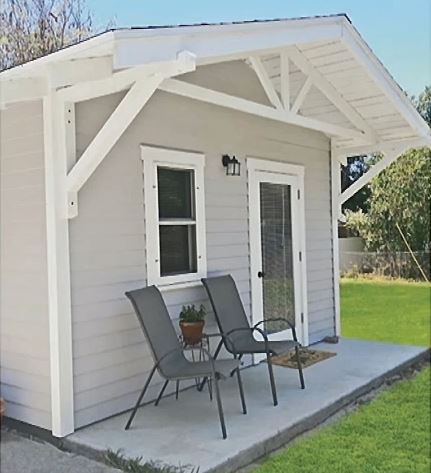 Photo showing an example of an accessory dwelling unit. Golden Valley would have a 12-foot height requirement.

Specifics of the ADU Ordinance

Under the ordinance, ADUs must be a minimum of 250 square feet, but no larger than 950 square feet or 35 percent of the main home’s livable square footage, whichever is less.

Detached units would be restricted to side and rear yards and only allowed on lots of more than 10,000 square feet. City Planner Myles Campbell says there a lot of properties that would not meet this requirement due their narrow lot size such as in the Tyrol Hills area and the northwest corner of the city.

ADUs must also meet a 10-foot setback requirement, which is more restrictive than 5-foot setbacks the city requires for detached sheds and garages. The units would not be allowed above a detached garage.

In addition, Golden Valley’s ordinance will require the owner of the property to either live in the main structure or in the ADU. Neighboring Crystal, which approved ADUs in 2018, does not have that restriction.

Campbell told the city council that Crystal has nine ADUs so far and has not had any issues with rentals. He acknowledged Golden Valley’s regulations are starting off from “a cautious place” to see how it goes.

“I don’t think we’re probably ever going to completely encapsulate what these might be used for,” said Campbell. “I know we heard examples, anecdotally, of the boomerang kid that comes back from college and doesn’t want to live in his childhood room in the main house.”

Residents in support of the owner-occupancy component say it could help eliminate problems with absentee landlords, as well as investor groups that buy up homes.

Golden Valley’s ordinance contains design restrictions for an ADU, requiring matching or complementary materials as the principal structure. Rooftop decks would be also prohibited. An ADU could not be sold separately of the main dwelling.

Any ADU project in the city would go through an administrative approval process.

The ordinance will take effect within two weeks. 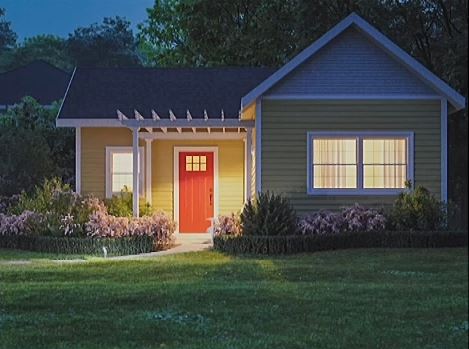 Tiny Homes a Possibility in the Future?

On Golden Valley’s horizon could be the possibility for development of tiny homes. The city of Duluth has seen one such development that included a cluster of 14 tiny homes.

Mayor Harris says he has heard interest for the development of tiny homes on property near Douglas Drive and Golden Valley Road. It could also be a possibility for the city’s downtown area.

“Hypothetically, rather than having an apartment to address affordable housing issues, perhaps we could create a cluster,” said Harris.

When asked by the mayor, Campbell also addressed the emerging popularity of tiny homes and how it would impact the city.

“Our single-family housing code specifically has restrictions such as a structural width requirement that really limits principal structure being considered a tiny home,” said Campbell.

Such projects, he said, would have to be approved under planned-unit developments, a process that provides city councils greater discretion in land-use decisions.

“It’s pretty novel in the state of Minnesota,” said Campbell.