Golden Valley-based General Mills has released more details about its restructuring plans. The company reiterated this week that it expects to eliminate 700 to 800 jobs across North America.

The cuts are part of a shift in strategy as it moves past the pandemic, when the company saw significant sales of traditional baking and packaged food products. The Star Tribune recently reported the cuts will include as much as 20 percent of its 3,000-person Golden Valley headquarters, citing company executives.

Company officials say the restructuring is related to its increasing e-commerce focus.

“We are investing in key areas such as digital, data and technology, e-commerce and others that are critical to our future success,” said Kelsey Roemhildt, spokesperson for General Mills, in a statement released to the media.

At a recent investor conference, General Mills Chair and CEO Jeff Harmening said reductions are “not simply a cost-cutting exercise.”

“The goal of this initiative is to free up resources from parts of our organization and redeploy them to more growth-facing areas,” he said. 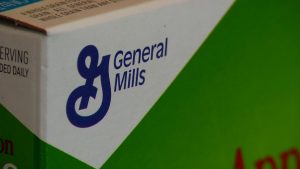