Gas prices have dropped below two dollars in the Twin Cities, The website Gasbuddy.com says that’s due to lower demand. One Brooklyn Park contractor said the lower prices means he’s saving as much as $60 a week on gasoline. 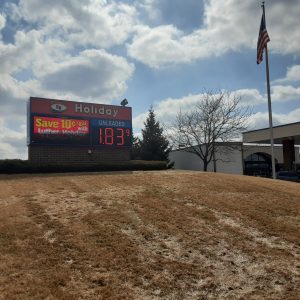 A Holiday gas station in Brooklyn Park has gas prices below $2 a gallon.

The website Gasbuddy.com says the average price of gas in the Twin Cities is $1.99 a gallon. In the state of Minnesota, it’s $1.95.

“It will absolutely get lower,” said Patrick De Haan of Gasbuddy.com. “The statewide average could fall another 50 to 75 cents a gallon. But this is fluid. Things could change.”

“People aren’t filling their tanks,” said De Haan. “They are staying home. There is no demand.”

De Haan says this has many similarities to the recession in 2008.

“It’s right up there,” De Haan said. “It’s one of the most unprecedented declines ever. Came completely out of left field. Two months ago no one could have expected any of this.”

No Rejoicing Just Yet

Jim Pierce is an independent contractor from Brooklyn Park. Pierce drives between 500-600 miles a week working for Home Options. Before the coronavirus pandemic, he spent between $160-200 a week on fuel.

“I’m saving about $60 a week on gasoline,” Pierce said. “There hasn’t been any rush hour traffic, which is nice.”

For Pierce, this is good news because his fuel costs are dropping, but there is a caveat.

“I am still very worried that the government won’t help out the self-employed like myself,” Pierce said. “We don’t get unemployment benefits. They really need to look at how many self-employed people are going to be affected as well.” 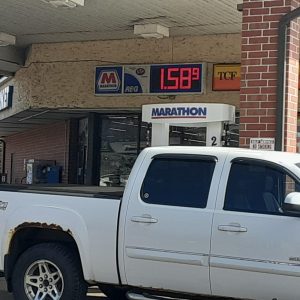