Todd Milburn served for nearly 30 years in the Brooklyn Park Police Department. He worked his way up the ranks, becoming deputy chief for Brooklyn Park in 2014. Milburn was sworn in this week as Edina’s chief.

“I’m so excited to jump into this position and take on the challenge,” Milburn said.

During his time in Brooklyn Park, Milburn served time as a patrol officer, SWAT officer, patrol sergeant, public information officer and inspector/commander. He also helped lead public engagement efforts in Brooklyn Park, which included switching out his police uniform for a soccer jersey for a friendly match with diverse members of the community.

Milburn officially began his duties as Edina’s chief on Aug. 16.

“I’m going to all my effort to continue to advance the department in contemporary policing, focusing on the team dynamic of the employees of the police department,” he said. 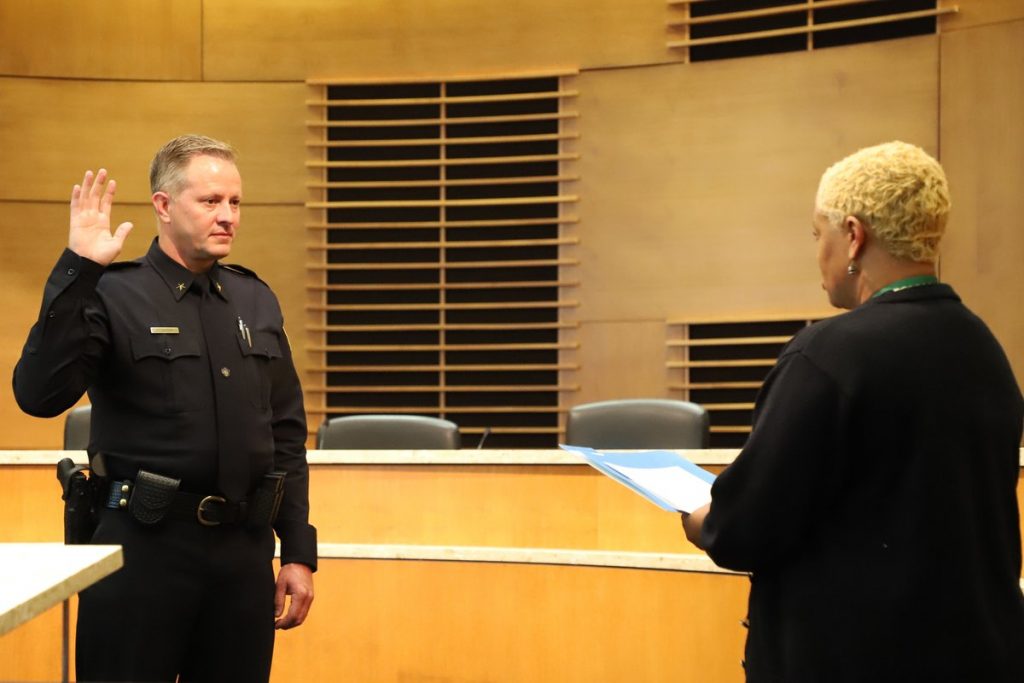